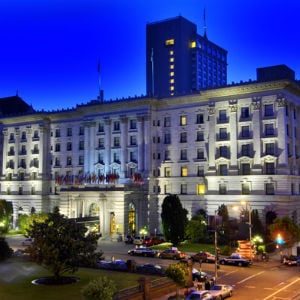 Saudi billionaire Prince Alwaleed Bin Talal’s Kingdom Holding Company (KHC) announced the completion of the sale of the Fairmont San Francisco Hotel to a consortium of investors for $200 million.

The consortium was led by an affiliate of Los-Angeles based Oaktree Capital Management and real estate investor Michael Rosenfeld and his Woodridge Capital Partners.

The hotel was purchased from Maritz, Wolff & Co and Kingdom Holding, who have owned the property since 1998. As per the agreement, KHC will retain its 28 per cent interest in the hotel.

In a statement, Prince Alwaleed said, “These transactions mark yet another step for KHC towards the realisation of the value of its investments.”

The hotel located on top of Nob Hill in San Francisco, will continue to be managed by Canada-based Fairmont Hotels & Resorts.

Fairmont San Francisco was opened in 1907, and has hosted many important meetings and conventions since then, including a 1945 meet that led to the creation of the United Nations. In 2002, it was also placed on the US National Register of Historic Places.

The hotel includes 591 guest rooms and suites and over 55,000 square feet of conference and function space.