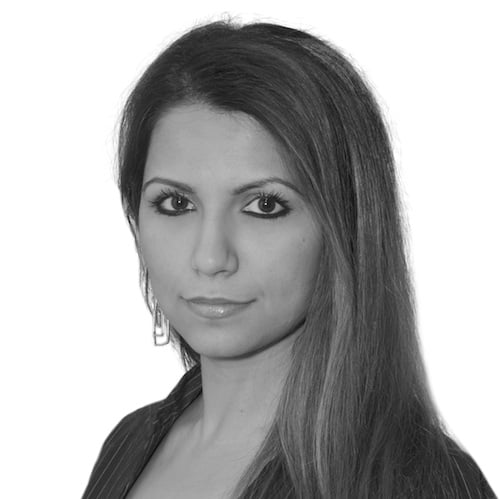 Smartphones are booming. Yes, everyone knows that. But what is really happening and, more importantly, why is it happening and what is going to happen tomorrow?

These questions are examined in detail below, highlighting the trends that have driven and will continue to drive the Middle East and Africa (MEA) smartphone market this year.

In MEA, Chinese and local brands combined accounted for approximately 10 per cent of smartphone shipments in 2014 and this figure is expected to double to around 20 per cent by the end of 2015. Chinese vendors such as Lenovo, XTOUCH, and Huawei are expected to grow further, especially in Africa. Additionally, vendors like ZTE and Xiaomi – both of which experienced significant growth in other regions during 2014 – have now set their sights on the Middle East market. Shipments of ZTE smartphones in Africa were up 1,500 per cent in the first nine months of 2014 when compared to their total for the whole of the previous year. Meanwhile, Xiaomi has become the leading smartphone vendor in China and number three in the world.

IDC expects these vendors to aggressively enter the Middle East region with the same disruptive force they have in other regions and bring about significant change in the market.

Various other Chinese manufacturers have very recently hit the market, including brands like OPPO and Obi. Together, all these brands are sure to take share from the existing market players and contribute to the growing influence of Chinese smartphones.

Local brands will also gain momentum, especially in markets such as Turkey and Pakistan, where brands such as General Mobile and QMobile, respectively, already hold significant shares.

In Africa, it is local brands like Techno – which now has eight per cent share of the continent’s smartphone market after posting year-on-year shipment growth of 269 per cent in Q3 2014 – that will continue growing as other local brands begin to emerge.

A key factor in the rapid growth enjoyed by these vendors is the aggressive pricing strategies they employ. IDC’s Handsets Tracker for Q3 2014 shows that devices priced under $150 account for 40 per cent of the smartphone market, up from 20 per cent in Q3 2013. With the continued growth of these vendors and resulting increase in competition in the market, the average price for smartphones is expected to continue declining despite continuous enhancements to smartphone features. IDC expects the ASP for all smartphones in MEA to drop by almost 10 per cent in 2015.

These vendors have been able to sustain such prices by minimising their operational and production costs. The key methodology has been to rethink the normal channel strategy; instead of using traditional brick-and-mortar stores for distribution and retail to reach the end customer, many of these brands like ZTE and Xiaomi, are using the online channel to ship directly to end users. The costs saved by skipping through those traditional channels are passed on as savings to the end user.

And as these vendors grow in the GCC region, they are sure to employ a similar strategy. IDC expects the growing significance of this trend to see volumes pushed through the online channel in the GCC to grow 10 per cent year on year in 2015.

3) Dominance of Smartphones vs. Feature Phones

Due to the above trends, the mobile phone market is witnessing an even more accelerated shift to smartphone adoption than previously anticipated. Smartphone share of the Middle East’s overall mobile phone market will cross 60 per cent for the first time by end of 2015, while in Africa it will cross the 40 per cent mark. Some countries in the Middle East will even reach 80 per cent and 90 per cent for smartphone share by the end of 2015.

This is due to a combination of many factors, but the most important is the increased availability of cheaper smartphones. This, combined with improved telecommunications infrastructure offering better data coverage and the declining cost of data plans across many Middle East countries, has led to rapidly increasing smartphone penetration.

The biggest increase is often witnessed when operators in previously regulated markets start offering subsidized devices that can be paid over time via post-paid plans. As more Middle East countries switch to this model, there will be an even bigger uptake of smartphones.

The rate at which these factors start being implemented in African countries will determine how fast the smartphone share increases across that continent.

However, it is important to note that although feature phones are clearly in decline, the vast population of the MEA region with very low disposable income (particularly Africa) will ensure that demand for feature phones continues for as long as there are no smartphones priced around the $15 mark.