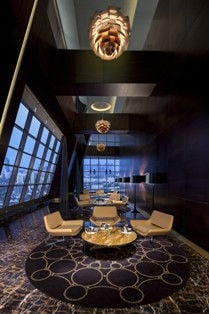 The Jumeirah at Etihad Towers hotel in Abu Dhabi announced that it has officially opened a new 300-metre high observation deck offering 360-degree views of the emirate.

Called Observation Deck at 300, it is located in Tower 2 of the Etihad Towers and includes a café that offers soft drinks, deserts and salads.

The Observation Deck at 300 will also serve the city’s highest high tea service with its “Tea at the Towers on High”, offering TWG Tea Grand Crus Prestige blends such as Silver Moon Tea, Brothers Club Tea and White House Tea, the hotel said in a statement.

The venue will also serve its own signature mocktail: the Etihad Sparkler.

The observation deck is open daily from 10am to 6pm. Entrance fees cost Dhs75 for adults; children under the age of four can enter for free.