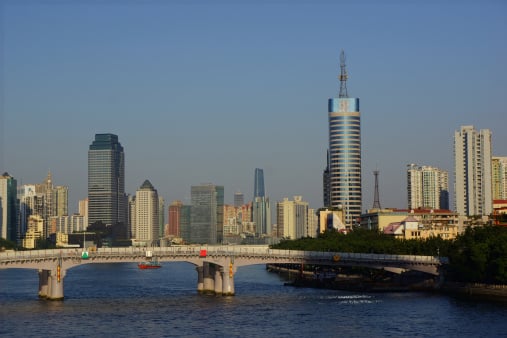 Dubai-based hotelier Jumeirah Group has signed a management agreement with GT Land Holdings to operate 169 luxury-serviced residences in the Chinese city of Guangzhou.

The project is scheduled to open in 2015.

Situated on the intersection of Hua Cheng Avenue and in the centre of New Pearl City Tian He district in East Guangzhou, the apartment and hotel complex is located in a rapidly growing commercial centre.

The hotelier is also developing a 207-room luxury Jumeirah Guangzhou hotel, which is scheduled to open by 2015. The hotel will comprise 10 food and beverage outlets, a Sky Lobby on the 49th floor along with a banquet and conference centre.

The project will also feature a Talise Spa, a swimming pool, fitness centre, yoga studio and a juice bar while providing guests with access to some luxury boutiques.

“We are honoured to announce the Jumeirah Group will manage our serviced apartments in addition to the Jumeirah Guangzhou Hotel in the heart of the new central business district,” said Su Meng, chairman of GT Land.

“Jumeirah’s arrival in Guangzhou will help satisfy the demand for luxury accommodation in the city’s developing upscale hotel district.”

Jumeirah Group currently operates 22 luxury hotels, resorts and residences, including 11 in the Gulf region, six in Europe and five in Asia. A further 15 hotels are now under development.

Jumeirah Group CEO Gerald Lawless had earlier told Gulf Business that the company expected to sign a number of management agreements in 2014.

“Our big concentration for expansion really is in this region, the Middle East, and we are really keen to get into Saudi Arabia,” he said.