In 1999, UAE-based journalist Raed Barqawi got the phone call that most people can only dream of – an invitation to visit Sheikh Mohammed bin Rashid Al Maktoum, Vice President and Prime Minister of the UAE and Ruler of Dubai. At the end of that event as guests were being escorted out, an aide of the Dubai Ruler pulled Barqawi aside and asked him to stay behind – Sheikh Mohammed wanted to meet with him one-on-one. “His Highness took me to his car and we drove around Dubai for two hours. He explained his vision for Dubai. He also spoke about his overall vision for the economy, and how he wanted to put the country on the world map for business, tourism and infrastructure. He wanted to know my views about the media too.”

Over the course of that conversation, Barqawi asked Sheikh Mohammed a question that he had harboured for nearly a decade. In August 1990, when Barqawi was working as a journalist with Al Khaleej newspaper, Iraq invaded Kuwait. While ominous coverage of that invasion led to unfounded speculation that the region was set to be incinerated in a deadly conflict, his newspaper office received a message from the UAE’s local media agency saying the country’s Defence Minister, Sheikh Mohammed, was announcing plans to build the second golf course, the Dubai Creek Golf and Yacht Club.

Flummoxed by the timing of that announcement, Barqawi brought up the topic with Sheikh Mohammed. “His Highness told me, ‘At that time, everyone was in a negative frame of mind. I wanted to send a positive message to those people who thought that we in Dubai and the UAE were finished. We wanted to show that we were, in fact, at the beginning of what we could achieve, and we were going to continue building our country.’ ”

The conversation that Barqawi had with Sheikh Mohammed that day was fortuitous, with the journalist deciding over two decades later to author his first book. The idea came to him during the early days of the pandemic lockdown. In February this year, he launched Dare to Dream: How Mohammed bin Rashid Made His Dream Come True, at Dubai’s Emirates Airline Festival of Literature.

Over three decades ago, upon graduating from college, Barqawi started his career as a business journalist with Al Khaleej. He rose through the ranks to become the newspaper’s business editor, followed by the managing director of the editorial team leading on to the position of editor-in-chief, which he remains till today. He says it took deliberate effort to transition from a “newspaper style” of writing to that required of an author.

The book, initially published in Arabic, has three chapters titled: Working Wonders, A Man Destined to Lead and The Oasis of Imagination. Barqawi cites several examples that shaped his approach to compiling these chapters and which indeed informed the formative years of Sheikh Mohammed.

He cites the example of when Sheikh Mohammed visited the top of the Empire State Building with his father Sheikh Rashid bin Saeed Al Maktoum in the Sixties. The future Dubai ruler gazed at the horizon of New York City’s skyscrapers, dreaming of one day building the world’s tallest building in his home city. Then there was also that moment many decades ago when Sheikh Mohammed accompanied his father to London, and upon landing at Heathrow, envisioned creating a mega airport in Dubai that could rival the best in the world. Also, early on Sheikh Rashid appointed Sheikh Mohammed as the head of Dubai Police and sent his son on trips to the US and UK to study best practices and learn how policing was carried out in those countries. The Burj Khalifa, Dubai Airport and Dubai being regularly featured today as one of the world’s safest cities are all examples of Sheikh Mohammed’s dream for his city coming true. 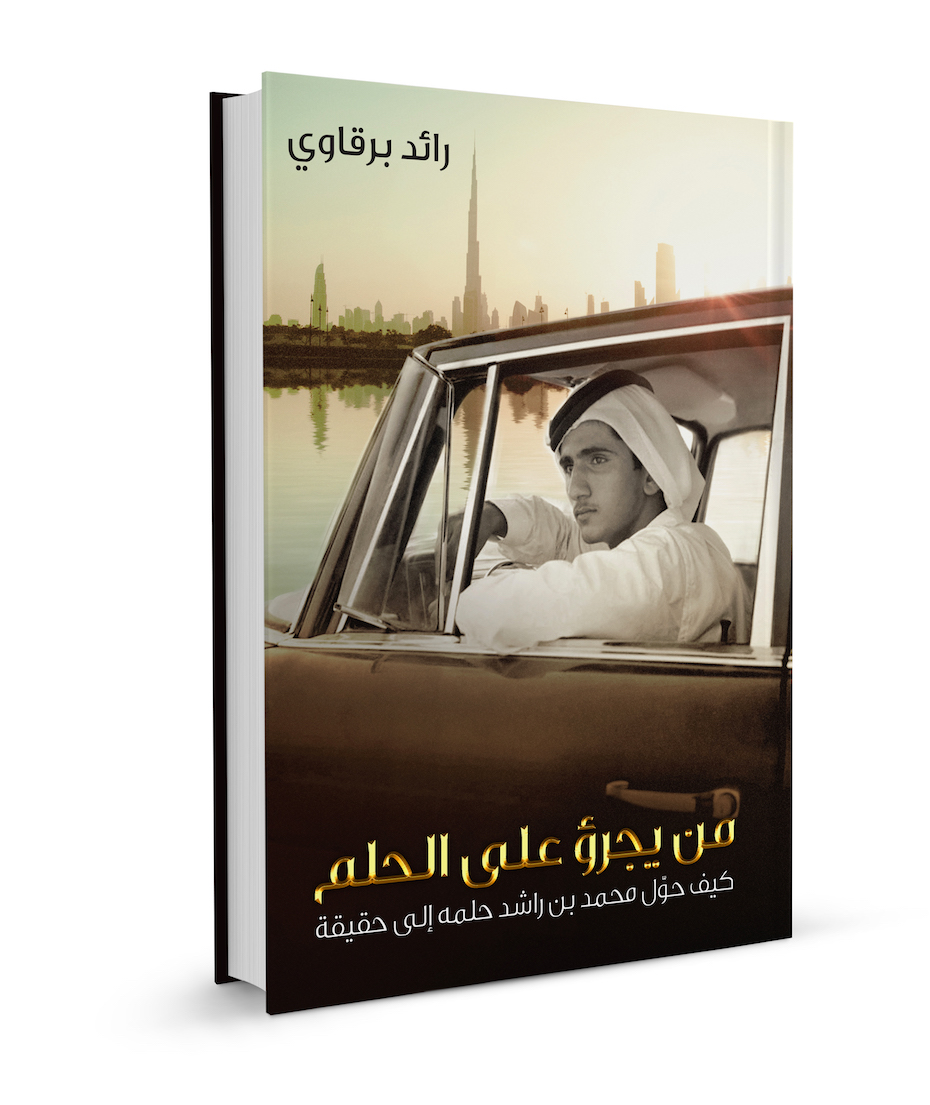 “One day, I asked His Highness why was he continuously building up the infrastructure in the city much more than what was needed at the time? Sheikh Mohammed said, ‘If I have a target to be a tourist or business destination, then I cannot invite people to my home when my food is not yet ready. We have to be ready, and after that, we invite people to our country. That’s why I’m building even bigger…to be ready when needed’.”

Last year, Dubai alone received 7.28 million international overnight visitors, a 32 per cent year-over-year growth showing how a far-sighted vision can have ramifications decades after the foundation for it was laid.

The book was published by Dubai-headquartered Motivate Media Group whose managing partner and group editor-in-chief is Ian Fairservice. “I’ve known Ian for many decades now, and he is a success story. He became a publisher and is very respected in this city. He delivers what he promises. Motivate is well established and professional, which is why I chose them for this book,” says Barqawi.

Fairservice notes the reason he was so excited to publish the book. “Raed is one of the most distinguished voices in journalism and this will be a fascinating read for anyone who has marvelled at the incredible growth story of Dubai and the UAE. We are proud to have published this phenomenal book about His Highness. It talks about the wisdom and foresight of His Highness Sheikh Mohammed bin Rashid and the impressive development of the UAE.”

Present at the launch on February 6 at the Emirates LitFest was Sheikh Ahmed bin Saeed Al Maktoum, chairman and chief executive, Emirates Airline and Group. That night Barqawi also flew to the Cairo International Book Fair, where he says the book was well received too.

Barqawi has decided to donate all the royalties from the book to Al Noor Training Centre for Persons with Disabilities. He explains that since he’s still working with the newspaper, the book wasn’t meant to serve as a source of income. “I wrote the book to tell a story of His Highness, of Dubai and of the UAE. It is a story that should be known for generations to follow. How did a leader transform a desert from nothing to something? Understanding that is the aim of my book,” he says.

At the moment, Barqawi is working on the English edition of the book which is expected to launch this month. What’s next? Barqawi says that he’s closely following the reactions to his book and might consider writing another one – the subject of which he is yet to decide. With over three decades observing the region, he will not likely face any dearth of first-hand insights from riveting subjects.

To order your copy of Dare to Dream: How Mohammed bin Rashid Made His Dream Come True, visit booksarabia.com