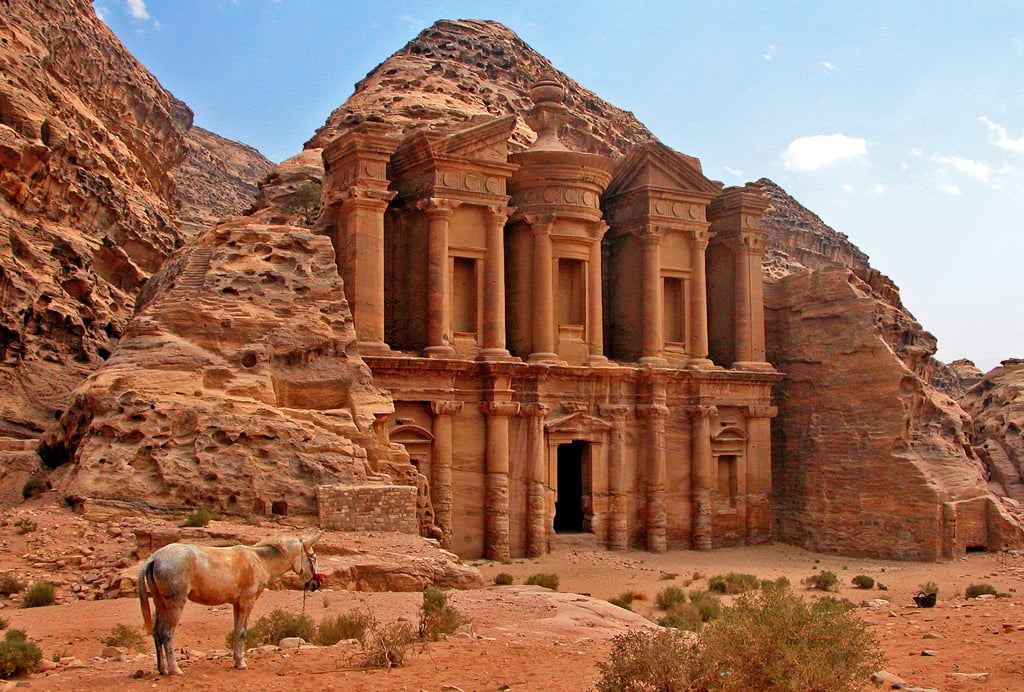 Jordan’s first quarter tourism revenue dropped 11.9 per cent as visitor numbers from Europe and North America fell by more than a fifth because of wars in neighbouring nations, Jordan’s tourism minister said on Tuesday.

Jordan shares frontiers with Iraq and Syria, where the Islamic State of Iraq and Levant (ISIL) has seized swathes of territory. Amman took a lead role in conducting air strikes against the hard-line group after it burned alive a captured Jordanian pilot earlier this year.

“We’ve seen a negative impact on foreign visitors to Jordan, especially in the first three months (of 2015),” Nayef Al-Fayez, Jordan’s minister of tourism and antiquities, told Reuters on the sidelines of a conference in Dubai.

“We saw an increase last year, people started coming back and then all of a sudden with what happened in the region we’re seeing a decline in the numbers.”

The number of tourists visiting Jordan fell 9.4 per cent in the first quarter to 1.12 million from 1.24 million a year earlier, Fayez said, adding tourist numbers also fell in April.

This led the sector’s quarterly revenue to decline to 642 million Jordanian dinars ($906.5 million) from 729 million dinars in the prior-year period — a fall of 11.9 per cent.

The number of visitors from Europe fell 27 per cent in the first quarter and those from North America dropped more than 20 per cent, Fayez said, while tourists from other Arab countries accounted for nearly half of all foreign visitors.

“That’s why we’re focusing on Arab tourism and regional expats because they’re more aware of the real situation,” said Fayez.

More than 8 million people visited Jordan in 2010, before the Arab world was roiled by unrest. The numbers have dropped sharply since then, with official figures quoted in the Jordanian media saying just 5.3 million visitors came in 2014.

However, Fayez said the tourism industry saw a 6 per cent jump in revenues year-on-year in 2014 to some 3.1 billion dinars. “We’re trying to keep as close as possible to that (in 2015),” he added.

“There might be a drop, but we still have an opportunity this summer with the Arab and GCC (Gulf) countries which could make up for the drop in the last four months.”