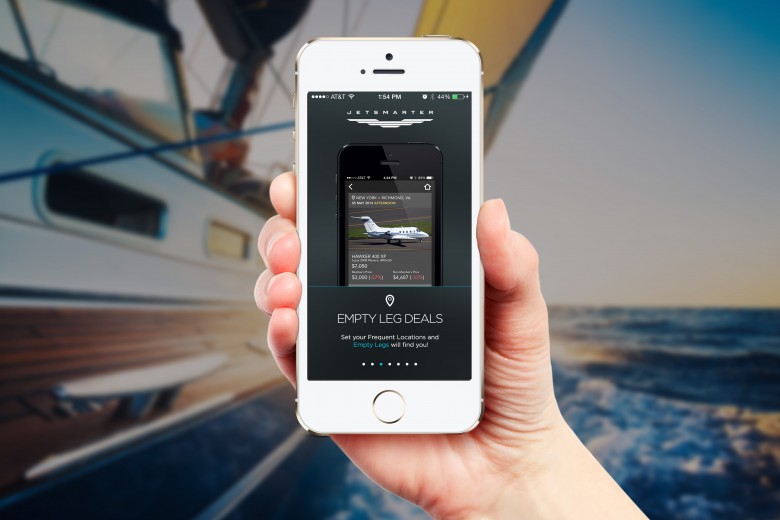 It has been a busy few months for private air transportation startup JetSmarter.

The firm – dubbed the ‘Uber for private jets’ – moved into August on the back of a significant Series B funding round from a group of influential investors. These included members of the Saudi royal family, world-renowned music and entertainment moguls, a London-based private equity firm and a group of high net worth individuals and family offices.

So what has captured the attention of the rich and famous?

According to founder and chief executive officer Sergey Petrossov, the idea first came to him in 2009. The entrepreneur, who was born in Russia but spent most of his life in South Florida, had just sold his first technology company and came to realise the private jet industry was “archaic”.

“The brick and mortar process of picking up the phone, waiting hours and speaking to numerous different people in order to charter a jet was outdated and inconvenient,” he explains.

Petrossov spent the next few years establishing relationships with carriers until – in 2012 – he was ready to reveal his idea for an app to charter private planes to industry. In August thatyear it became a reality with a beta version initially shared with a select group of industry experts and frequent private jet users. The concept clearly had wings, so the CEO decided to take the next step.

He sought more funding and collaborated with hundreds of vendors to launch the app officially in March 2013.

The Florida-headquartered company’s mandate was simple – to democratise private aviation and make private jets more accessible to the masses. Although Petrossov admits gaining trust from a customer base used to traditional booking methods was a challenge. “What we’ve learned is that converting people into new habits is difficult but not impossible,” he says.

The offering is now focussed in three areas. The company allows users to customise their trip based on the destination and aircraft. JetDeals are one-way flights that are free to members who pay a $9,000 annual fee and discounted for app users. Finally, JetShuttle allows travellers to book a single seat on already scheduled flights in select markets in the United States.

“Similar to the simplicity of booking a car through Uber, users can book a jet through our app in a matter of minutes and can fly within six hours,” says Petrossov.

Fast-forward to 2015 and the firm has grown 15 to 20 per cent each month, gained access to over 3,000 aircraft globally and boosted its revenue by more than 1,000 per cent in the last year alone – although exact figures have not been disclosed.

The app has also been downloaded more than 300,000 times and the firm has attracted the attentions of big names from the business and entertainment spheres.

Its investors include executives from social network Twitter, investment bank Goldman Sachs and reportedly even American rapper Jay Z. More interesting to those in the Middle East, though, has been the interest from the Saudi royal family. HRH Prince Abdullah bin Bandar bin Abdulaziz Al Saud even issued a statement in support of the company following its most recent funding round.

“We are thrilled to be an investor and are committed to JetSmarter’s growth. At the forefront of this new era in travel, we believe that JetSmarter’s proprietary services and offerings have, and will continue to revolutionise the industry,” he said.

As Petrossov explains, the Saudi royal family has been a loyal customer of the company for two years. “The interest to invest in our company happened organically,” he says.

Up, up and away

Now, with the backing of this strong lineup, the CEO is plotting the next phase of growth.

Global expansion is planned including more deals and scheduled services for customers.

To support this the company has new customer support offices in Europe, the Middle East, South America and Asia in the works. It is also distributing new technologies to air carriers, streamlining its booking process and launching a new jet sharing service.

“We plan to continue our global expansion. We’re currently focusing on expanding in the countries where there is enough supply to satisfy demand and are continuing to partner with carriers across the globe, to offer users more inventory daily.”

The plan is to reach 10,000 members by the end of 2016 and a total app user base in the millions, while Petrossov has not forgotten his goal to make the majority of air travel private.

“I believe it is absolutely possible. Since our launch, we have made booking a private jet available to the masses (which include people who thought theywould never be able to fly private), and we now look forward to the continued growth in the coming months.”

But the firm cannot rest on its laurels quite yet. For every Uber, there is a Lyft or a Careem and it is no different for private jets. On-demand charter company Victor secured $5m in funding from investors in July and another rival BlackJet is rumoured to be back up and running after ceasing operations in 2013.

Clearly the flight to the top of the private charter market will not be without its turbulence.