A flight operated by Jet Airways from Dubai to the Indian city of Mangalore was diverted back to Dubai airport on Wednesday morning after a technical issue.

A Jet Airways spokesperson said: “Earlier today morning Jet Airways flight 9W 531 with 159 guests and seven crew returned to Dubai due to a technical issue. The flight landed safely at Dubai Airport, where the problem was rectified. The aircraft recommenced its journey to Mangalore.”

No further details were given about the nature of the problem.

The flight, operated by a Boeing 737-800, initially departed from Dubai at 4.10am. But after its diversion, it reached Mangalore at 2.08pm in the afternoon. 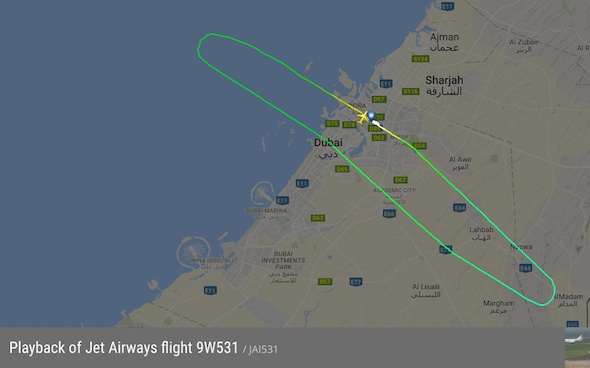