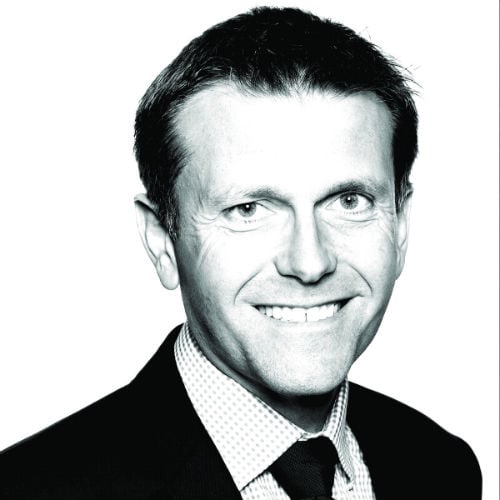 A little over a year ago, I inaugurated the GCC and India regional office (Abu Dhabi) for Jersey Finance, the private/public sector body that promotes the financial industry for the British Channel Island of Jersey.

One of the key objectives of the office, as also endorsed by the Jersey government, is to underline the commitment of Jersey’s financial industry in strengthening relations with GCC states.

These links are long standing. It’s been over 50 years since Jersey began its development as an international finance centre, and for decades many Gulf-based individuals and companies have made use of Jersey’s status as a conveniently located, politically stable and well-regulated financial jurisdiction.

Jersey ministers, individual financial institutions and teams from Jersey Finance, have been visiting GCC states for over 10 years now. As a result, the relationship has developed rapidly. In the last 12 months alone, a Memorandum of Understanding has been signed between the UAE Central Bank and Jersey Financial Services Commission; a double taxation agreement has been signed between Jersey and Qatar; and one of the UAE’s largest financial institutions, Abu Dhabi Commercial Bank, has opened a branch in Jersey, joining Emirates NBD and the National Bank of Abu Dhabi, who’ve been established there for years.

Several Gulf-related companies have also made use of Jersey in pursuing listings on the London Stock Exchange. The relationship goes both ways: the largest foreign bank in the Gulf, HSBC Middle East, has its headquarters in Jersey, while seven Jersey-based trust firms have offices in the Gulf.

Jersey’s sophistication as an international finance centre is recognised globally. It’s one of the first jurisdictions to be placed on the OECD ‘white list’ for meeting required tax standards, and it received the best report to date of any jurisdiction from the International Monetary Fund, following a review in 2009 of Jersey’s regulatory and supervisory capabilities.

This creates an environment for international finance to develop. For example, the latest banking statistics show that Gulf-origin bank deposits in Jersey grew by nearly eigth per cent in 2011, representing 13 per cent of Jersey’s total deposits of £158 billion.

This is evidence of the confidence placed in Jersey at a time of international economic turmoil.

It is not, however, simply a matter of quantity; Jersey provides quality too. We employs a large number of finance industry professionals with extensive experience in creating and managing Sharia-compliant structures, and in establishing trusts that are suitable for inheritance planning of large family- owned corporations.

The skills of the local finance industry are supplemented by a determination to ensure that the right legislative framework and business infrastructure is in place. For example, Jersey is investing in high-speed digital fibre optic telecommunications and connectivity to all Jersey businesses in the next 18 months.

As new instruments evolve to cope with the increasing complexity of the global finance industry, government and industry practitioners in Jersey work closely together to ensure that laws and regulations are kept up-to-date.

Now, celebrating over half a century as an international finance centre, Jersey maintains its commitment to excellence in financial services, and to the development of its relationship with the Gulf region, something that is of benefit to both sides.