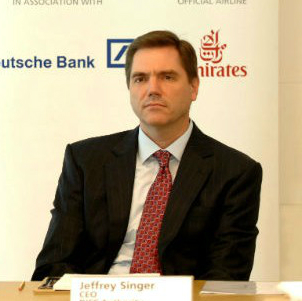 Jeffrey Singer said on Wednesday that he had resigned as chief executive of the DIFC Authority, which oversees Dubai’s financial free zone, the Dubai International Financial Centre.

The resignation is with immediate effect, Singer told Reuters by telephone. He declined to comment further.

Founded in 2004, the DIFC has grown rapidly to become the Middle East’s top banking centre. The number of active registered companies operating within it rose 14 per cent to 1,039 last year.

Two financial industry sources aware of the matter said the resignation was for personal reasons and that DIFC Governor Essa Kazim would continue to oversee the zone’s operations while a replacement for Singer was found.

Singer was appointed CEO in July 2012, after four years as CEO of the Nasdaq Dubai bourse, the smaller of the emirate’s two stock markets. Before that, he was a senior executive at NASDAQ OMX Group, handling that company’s international development.