Jeff Bezos to step down as CEO of Amazon 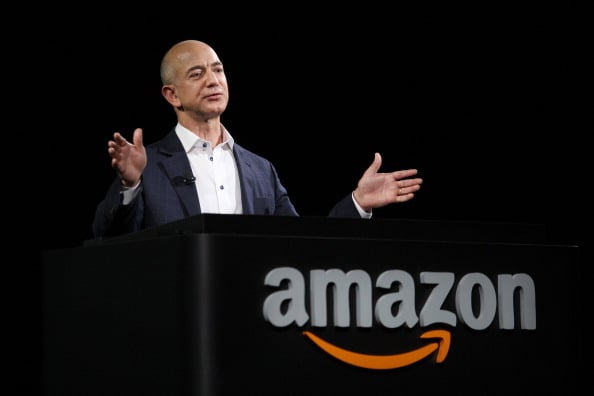 Jeff Bezos has a formulation about one-way doors and two-way doors—decisions that are irreversible and permanent and those that can always be unwound. Stepping through what’s almost certainly a one-way door on Tuesday, Bezos said he will resign as chief executive officer of Amazon.com Inc. and become executive chairman later this year.

He will hand day-to-day control to Andy Jassy, his longtime head of Amazon Web Services, a swiftly growing division that has almost singlehandedly changed the way companies buy the technology that powers their businesses.

With that comes at least a partial end to one of the most epic runs in modern business history. Yet, Bezos’s move feels, in many ways, natural and even inevitable. Over the last 25 years, the Amazon founder led the company through perhaps the most fertile period of any American business ever. Amazon was first just an idea at the Wall Street hedge fund DE Shaw & Co, where Bezos was a vice president; then it was an online bookseller and high-flying dot-com stock during the late 1990s. Bezos then rescued the company from the internet bust by formulating and guiding new inventions like the Kindle, Amazon Prime and AWS. Over the last decade, he has piloted Amazon to a $1.7 trillion market capitalisation, where it currently occupies the same rarified trillion-dollar air as Microsoft and Apple.

But Bezos’s decision to step down also reflects an uncomfortable reality for one of the wealthiest people in the world: The walls of his highly compartmentalised empire have been crumbling for some time. It’s becoming increasingly difficult to be Jeff Bezos (at least by Bezos’s standards). He presides over a collection of properties that spans not only Amazon but The Washington Post, several philanthropies and a space company, Blue Origin, that lags far behind its chief rival, Elon Musk’s Space Exploration Technologies.

Just consider the ways Bezos’s various assets have collided over the past few years. His ownership of The Washington Post consistently angered the last US President and arguably cost Amazon the Pentagon’s $10bn JEDI cloud computing contract, which the Donald Trump-controlled Defense Department awarded to Microsoft. When he travelled to India in early 2020, Prime Minister Narendra Modi declined to meet with him, and a senior official criticised the Post’s coverage of the country.

Union organisers perpetually protest Amazon’s treatment of its blue-collar workforce and periodically show up in front of Bezos’s homes — and once, with gallingly poor judgement, even wheeled out a guillotine. When Bezos and his partner, Lauren Sanchez, started canvassing climate philanthropies last year to begin making the first of $10bn in grants from the Bezos Earth Fund, at least some of the organisations were skeptical of Amazon’s relationship with its frontline workers and hesitant to accept Bezos’s largesse.

Many of the criticisms levied against Bezos and his empire are reasonable and can be addressed. But the most constrained resource in Bezos’s web of conflicting business holdings is his own time, and that can’t be easily reconciled. He used to spend part of Wednesdays and weekends at Blue Origin, his Kent, Washington-based space company. But that may no longer be enough. Blue Origin is two years older than SpaceX but so far has little to show for it, despite the fact that Bezos funds the company by selling $1bn of his Amazon stock every year. In January, Blue Origin launched a successful test flight of New Shepard, a rocket that will carry paying tourists to the edge of suborbital space. It hopes to send actual people on a mission this summer, according to a person with knowledge of the company’s plans who asked not to be identified.

The Blue Origin website proclaims, “We are not in a race, and there will be many players in this human endeavor to go to space.” But of course, practically everyone in the space industry, including those at SpaceX and even at Blue Origin, recognises that Musk is flying literal circles around Bezos. SpaceX regularly flies into orbit and to the International Space Station and just announced plans to take paying civilians into orbit. In his email to Amazon employees on Tuesday, Bezos said stepping down will give him more time to focus on “other passions,” including Blue Origin. “I’ve never had more energy, and this isn’t about retiring,” Bezos wrote.

“I’ve never had more energy, and this isn’t about retiring”

There’s another reason Bezos might want to step back from active duty at Amazon: Things from here out could potentially become a lot less fun. Amazon just cleared $100bn in quarterly sales for the first time. Getting to $200bn may not be as satisfying an endeavor.

There are complicated, maturing businesses to oversee, like the Amazon Marketplace, with its bevy of dissatisfied merchants who sell on Amazon.com and consistently complain of fraud and unfair competition from overseas sellers. There are also regulatory challenges looming in Washington and Brussels. Several US states, as well as the Federal Trade Commission, are examining Amazon’s conduct, though the status of those investigations is unclear.

When Bezos testified virtually last July in front of the US House antitrust subcommittee alongside Tim Cook, Mark Zuckerberg and Sundar Pichai, he did perfectly fine — but looked like he would rather be building rockets or doing just about anything else.

With Jassy, Amazon now has an accomplished and disciplined leader who performs well in the spotlight and presents a somewhat humbler target for Amazon’s political opponents. Jassy was Bezos’s first “shadow,” or technical assistant, at the company. As a new graduate from Harvard Business School, Jassy made his first mark on the founder in the late ‘90s by inadvertently hitting him in the head with a kayak paddle during a recreational game of broomball.

More recently, he has steered AWS to a $50bn annual rate of sales, an extraordinary accomplishment for a business that is only 15 years old. Jassy has totally internalised Bezos’s operating philosophy and longtime credos about customer obsession, long-term thinking and the need for constant self-scrutiny and change.

“It’s really hard to build a business that sustains for a long period of time,” Jassy said on the virtual stage at the AWS Re:Invent conference last December. “To do it, you will have to reinvent yourself many times over.”

Bezos promised employees that he intends to stay active at the company and to “focus my energies and attention on new products and early initiatives,” much as he did during the early days of Alexa and the Kindle.

Brian Olsavsky, Amazon’s chief financial officer, said on a call with reporters that Bezos “will be involved in many large, one-way door issues,” the sort of practically irreversible decisions that include major acquisitions.

This is no doubt a comfort for investors, who expressed their satisfaction with the orderly transition by resisting a panicked sell-off and keeping Amazon stock relatively flat in extended trading. If there’s one thing they’ve learned about Bezos over the last 25 years, it’s to trust he knows exactly which door to go through at precisely the right time.