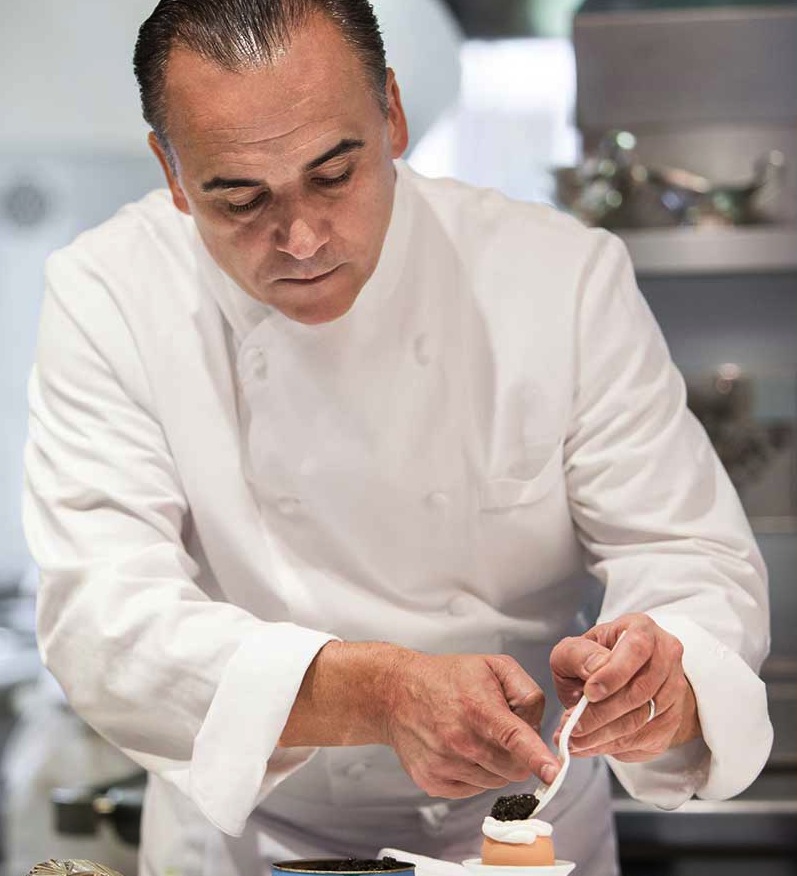 Jean-Georges Dubai has officially opened in the restaurant village at the front of Four Seasons Resort Dubai at Jumeirah Beach.

Jean-Georges Vongerichten is an internationally acclaimed chef whose 1 Central Park West New York restaurant has three Michelin stars, and his arrival is another significant milestone in the city’s competitive food and beverage scene.

The Dubai restaurant has a sunken design and combines the JG Dining Room (formal) and JG Kitchen (casual), inter-linked by a bar and outside terrace. The kitchen will accommodate 120, around three times the number of fine diners. The menu includes dishes such as roast wagyu tenderloin, grilled lamb chop with smoke chili glaze and black truffle Fontina pizza.

“It’s the best of JG from New York,” he said, on the sidelines of the launch party last Thursday. “We’ll start with dinner in the fine-dining room and then open the JG kitchen after Ramadan. The JG kitchen will be simpler, more everyday food, such as pastas and pizzas.”

The layout of this section is designed to encourage sharing and features an open kitchen, more panoramic than those you see in many hotels.

This is Vongerichten’s first dedicated Middle East operation although through Culinary Concepts Hospitality Group, he has collaborated with the Spice Market at W Doha and Market Kitchen at Le Royal Méridien Abu Dhabi.