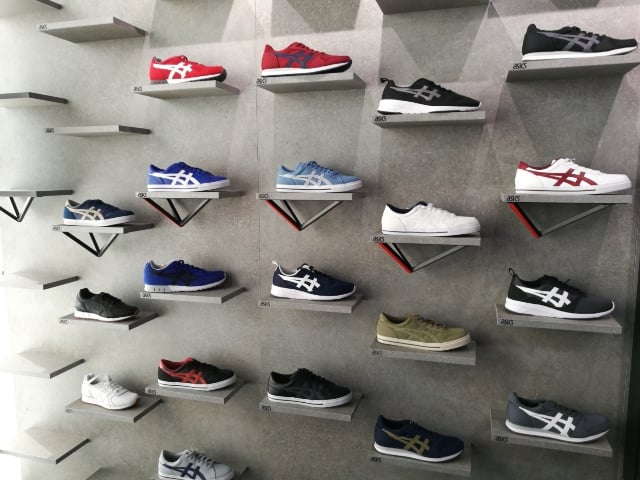 Japan’s ASICS is eyeing a larger share of the Middle East’s $750m sports equipment market after launching a regional subsidiary in Dubai.

Speaking from the firm’s new Dubai Design District office, Europe, Middle East and Africa CEO Alistair Cameron said it aimed to capitalise on gains in Europe, where the brand now claims 30 per cent share in the running market.

“For us to continue to grow we need to look at markets which are ripe for further investment,” he said, indicating the company’s current market share in the Middle East was “small” in comparison.

To do so ASICS is building its wholesale division and strengthening partnerships with retailers including Go Sport, Pairs, Foot Locker, The Athlete’s Foot, Stadium, U-Mark, Sportsone and Namshi.com.

It also plans to roll out a new 200-square-metre standalone store concept with regional franchise partners after launches in Brussels, Seoul, Tokyo, Amsterdam and an upcoming opening in London.

Despite current economic challenges and lower consumer spending in some Gulf countries linked to low oil prices, Cameron said the company planned to repeat its success in Spain at the height of the recession where it was able to jump from ninth to third in the market through investments in advertising and point of sale.

“Our goal here is if we can increase the sales of retail partners and grow at the same time then we’ve done a good job,” he said, adding the company would spend up to 20 per cent of its budget in the coming years on marketing to raise awareness.

ASICS’ decision to replace its Gulf regional distributor since 2003, Falaknaz, comes as the company seeks to expand in emerging markets after being hit by foreign exchange losses and decreasing sales in the Americas last year.