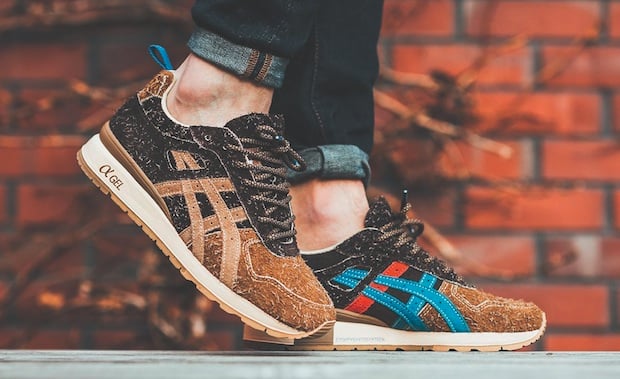 Japan’s ASICS is seeking an up to $75m share of the Middle East’s sports equipment market in the short term after opening a regional subsidiary in Dubai.

Speaking to Gulf Business from the firm’s new Dubai Design District office, Europe, Middle East and Africa CEO Alistair Cameron said the company planned to take a significant share of a market he estimated to be worth $750m.

“If we look at some of the big brands, they’re certainly doing several hundred million dollars and we should be able to in a relatively short space of time get to $50m to $75m,” he said, adding the amount would come from both grabbing market share and market growth.

The company’s decision to replace Falaknaz, its Gulf regional distributor since 2003, comes as it seeks to expand in emerging markets on a global level after being hit by foreign exchange losses and decreasing sales in the Americas last year.

Cameron said the initial size of the operation would be eight people and it would focus on building its wholesale division and strengthening partnerships with retailers including Go Sport, Pairs, Foot Locker, The Athlete’s Foot, Stadium, U-Mark, Sportsone and Namshi.com.

It also plans to roll out a new 200-square-metre standalone store concept with regional franchise partners after launches in Brussels, Seoul, Tokyo, Amsterdam and an upcoming opening
in London.

“We’re going to build a very strong wholesale division and have a much more intense partnership with a number of retailers here with hi-tech training and strong point of sale, but we’ll also evolve into franchise partners,” he said, indicating the brand saw a “massive opportunity” in Saudi Arabia.

ASICS is planning to repeat its success in Europe, where it now claims 30 per cent of the running market in comparison to a relatively “small” share in the Middle East.

Cameron said the regional sports market was growing and he was confidant the brand could boost sales despite current economic conditions as it did in Spain during the height of the recession, rising from ninth to third in the market.

In the process it will spend up to a fifth of its budget on marketing with a particular emphasis on highlighting research and development efforts at its Kobe lab and a new broader range inspired by its metarun shoe.

“What we‘ve got to do is tell the story inside out because on the shoe wall you’re just overwhelmed,” he said. “That’s where we’ve got to do a really strong job in terms of how do we convince our retail partners and probably by demonstrating in our own mono brand stores that this is a best in class.”