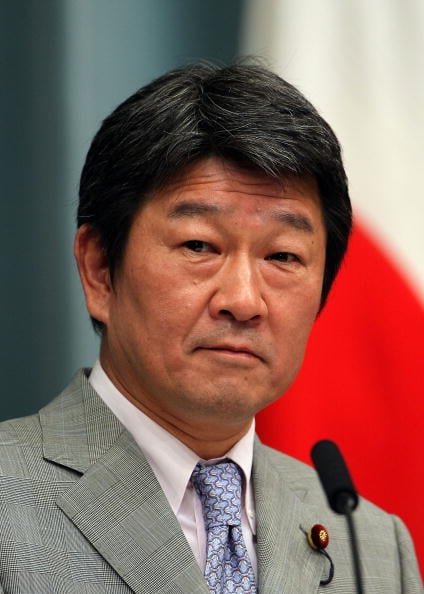 Japan has offered to help Saudi Arabia build nuclear power stations to free up more oil for exports, Kyodo news agency reported on Sunday, but a visiting Japanese minister said he was not seeking a supply increase now.

Trade Minister Toshimitsu Motegi’s visit at the weekend was aimed at securing extra oil from the world’s biggest exporter in case of instability in world supply, Japanese officials had said.

Japan’s reliance on oil imports has risen after its own shift from nuclear power after the Fukushima disaster in 2011, but any deal to give Japan priority access to Saudi crude in the event of supply shortages would worry other oil importers.

“It was not that we have asked for any specific request for increase of production or supply. It was just the confirmation of the relationship we have,” Motegi told journalists when asked whether he had sought assurances Japan could get more oil in a crisis.

Saudi Arabia’s plan to build up to 17 gigawatts of nuclear power capacity over the next two decades has offered a possible lifeline to plant builders hit by a lack of demand since the Fukushima disaster.

Crude imports from OPEC heavyweight Saudi Arabia, Japan’s biggest supplier, accounted for 31 per cent of Japan’s total in 2012, rising five per cent from the year before to offset a cut to Iranian imports due to sanctions.

State-run Saudi Aramco signed a deal with Japan in 2010 to store 3.8 million barrels of crude in the Asian nation’s Okinawa Oil Base for emergency supplies to the region. Saudi Arabia is the only country with enough spare oil production capacity to compensate for any significant global supply disruptions.

Oil markets have been on edge because of tensions over Tehran’s nuclear programme and turmoil in parts of the Middle East. OPEC heavyweight Saudi Arabia has repeatedly pledged to supply its customers with all the oil they need.

Meanwhile, Japanese banks lent the Abu Dhabi National Oil Co (ADNOC) another $3 billion to strengthen ties with Tokyo and boost production from Japan’s second largest oil source. The loan is conditional upon the UAE continuing to supply Japan, a Japanese trade official said at the press conference held after the loan was signed.