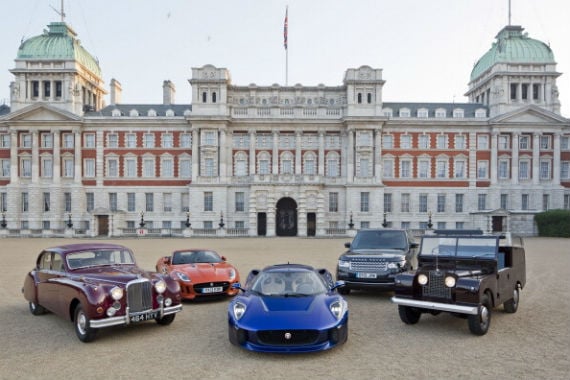 Jaguar Land Rover has reported a sales increase for its MENA region of 38 per cent for the first nine months of the year, in comparison to the same period in 2012.

The UAE and Saudi Arabia were the top two performing markets in the region while the group’s global results for September were up 17 per cent on the same period a year earlier.

Land Rover’s MENA sales for the first three quarters of the year were up 40 per cent on the same period in 2012, driven by sales of the latest generations of the Range Rover and Range Rover Sport.

Jaguar’s sales in the region meanwhile were up 30 per cent over the same period compared to a year earlier, with the Jaguar XJ enjoying a 32 per cent rise in sales.

“I am proud to say we have had an exceptionally strong year to date in MENA, and these figures prove we have been successful in maintaining this momentum across both brands,” said Robin Colgan, managing director for Jaguar Land Rover MENA.

“This was driven in part by the launch of three stunning new vehicles which have been extremely well received by customers in the region…complementing what is now our strongest ever line-up.”