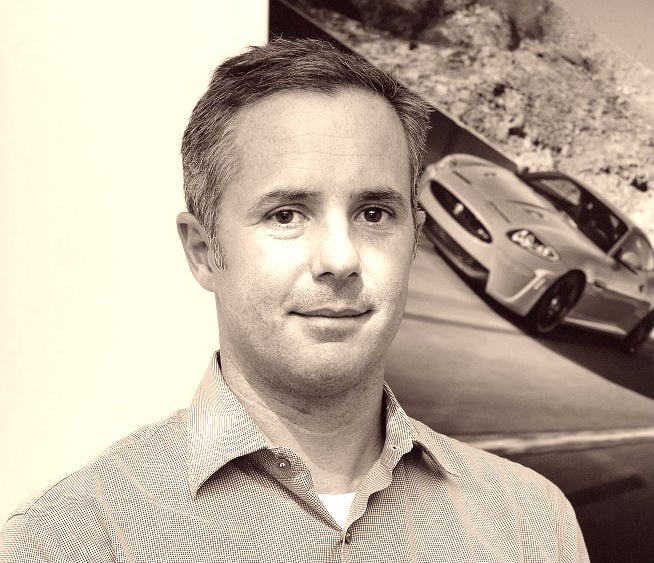 How has JLR performed in MENA this year, were there any highlights and have any models sold particularly well?

I am proud to say we have had an exceptionally strong year to date in MENA. We continued sales success this year with a 38 per cent sales increase from January to September 2013 vs the same period last year. The results mirror our strong global performance which saw a record September, up 17 per cent vs. 2012.

Similarly, Jaguar delivered a strong performance, with an increase of 30 per cent during January to September 2013 vs 2012. The flagship Jaguar XJ led the charge with 32 per cent uplift in sales for the period, boosted by a number of corporate deals in KSA and Kuwait, followed by the award-winning Jaguar XF which maintained momentum to deliver a 25 per cent increase. The newly launched Jaguar F-TYPE, our first all-new sports car for the brand in over 50 years, also contributed to the result, with sales of the all-aluminium two-seater convertible surpassing expectations.

What are some of the challenges the automobile industry in MENA is facing?

There are several challenges faced by the automobile industry in the region and one of them is powertrain strategies for the future. This is dependent on several factors and one of them is whether different types of fuels become more readily available here. Currently, we do not sell Diesel engines in the Middle East (only in North Africa) and that is partly due to the quality of Diesel fuel we get here.

Questions of whether hybrid technologies will be introduced are also dependent on the changes in legislation around environmental considerations. I.e., manufacturers who make more fuel efficient vehicles will be recognised.

The MENA market is a dynamic one which is rapidly evolving. We have a large network that spans across the region and we constantly strive to implement processes which will ensure that our people are well trained resulting in the best and most consistent service standards we can offer our customers.

What models is JLR revealing at the Dubai Motor Show and how do you expect them to impact your business?

We are showcasing an exciting line-up of products at this year’s Dubai International Motor Show for both Jaguar and Land Rover. These include the world’s first SUV 9 speed gearbox, which comes as standard in the 2014 Range Rover Evoque, and the new Limited Edition Land Rover Defender LXV which is based on the iconic family of utility vehicles that have proved popular amongst off-road enthusiasts in the Middle East. In addition, the new-look LR4 will be on display, boasting a new V6 supercharged petrol engine, fuel-stretching technology, improved audio systems and driver assistance features.

On the Jaguar front, visitors will be amongst the first in the region to view the flagship Jaguar XJR sports saloon and the Jaguar XFR-S, the fastest most powerful and agile sports saloon Jaguar has ever built. They will be joined by Jaguar’s class-leading 2014 model year line-up which includes the Jaguar XKR, and the first full-blooded Jaguar sports car, the award winning all-aluminium two-seater Jaguar F-TYPE.

Considering our recent MENA sales performance and with the introduction of what is our strongest and most comprehensive line-up of vehicles for 2014, I am confident that we will continue to see strong growth in the MENA region for the remainder of the year.

What trends has JLR observed this year in the MENA consumer automobile market, are there any vehicle types you see high demand for going forward?

Consumers in the MENA region have high and very specific expectations from automobile manufacturers. We have observed that there is diversity in consumer needs but consumers generally expect high performance, cutting-edge technology and innovative design which we incorporate into all Jaguar Land Rover vehicles.

What can we expect from JLR in 2014, where will the company be focussing its offering and are there any model launches you are particularly excited about?

We definitely have an exciting year coming up for Jaguar Land Rover in 2014. We are very excited about our 2014 model-year line-up of vehicles which we believe will be exceptionally well received here in the MENA region.

For Jaguar, 2014 model-year highlights will include the new Jaguar XJR and Jaguar XFR-S models, joining Jaguar’s class-leading line-up of vehicles, boasting enhanced features, innovative technologies and new levels of luxury, comfort and performance. We also expect to see a growing momentum for the recently introduced F-TYPE.

On Land Rover, our 2014 model-year range features the Range Rover Evoque, LR4 and LR2 all of which have added features and new and innovative technologies.

As a company, Jaguar Land Rover is investing around £2.75bn globally in our products and facilities in the financial year to March 2014, enabling us to launch 8 new or refreshed products this year. This investment will also ensure we are well-positioned, strategically and financially, for future growth, and we look forward to announcing more exciting news in 2014.

Are there any expansion plans for JLR in the MENA region?

Our strong sales performance over the past year is a reflection of how significant this region is to the Jaguar and Land Rover brands globally, and we are constantly looking at ways to expand our business in the region.