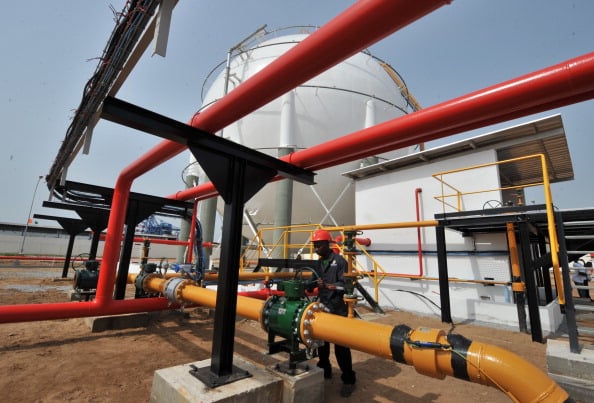 Ivory Coast is close to finalising an agreement to get supplies of liquefied natural gas (LNG) from Qatar from 2015, an official with Ivorian state oil company Petroci said, to cover an expected gap as demand outstrips its gas production.

Ivory Coast, French-speaking West Africa’s largest economy, announced plans in March to build a regasification and storage unit and estimated its needs at least 37 billion cubic feet of LNG per year over a decade.

“Qatar will supply us with liquefied gas from 2015. We set that date so that our infrastructure will be in place. The storage vessel will only be finished towards the end of 2015,” said Roland Abrogouah, Petroci’s technical adviser for gas.

He said negotiations over a government-to-government agreement with Qatar, the world’s largest LNG exporter, were very advanced and that several confidentiality agreements had already been signed.

“The quantities will be the subject of negotiations. However, we will ensure that the quantities they deliver will secure Ivory Coast’s supply needs,” Abrogouah said on the sidelines of a gas conference in Abidjan.

The price for the LNG also still needs to be finalised, he added.

Requirements for gas are due to rise to 400 million cubic feet per day by 2020, and new gas discoveries have so far failed to keep pace with the growing demand.

With the crisis years now behind it, the country plans to connect Liberia, Guinea and Sierra Leone to its grid and is pushing to develop a potentially lucrative, but power-needy mining industry.