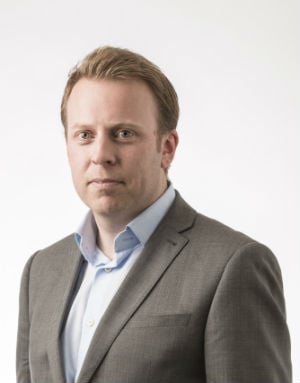 People are travelling more frequently and further than ever before. In crowded and competitive markets, companies wanting to share in this growth must optimise services for new, savvy customers who demand experiences shaped around their needs.

As a new survey by Collinson Latitude reveals travel reward programmes influence purchasing decisions for 74 per cent of customers, so surely such programmes are a key focus for brands wanting to gain a competitive edge?

The survey, which questioned more than 4,000 travellers on their reward programme experiences suggests that the travel industry isn’t making the grade.

The stark headline is that travel reward programmes are ranked next to last in terms of customer satisfaction — 4th out of five sectors that include Food and Drink, Retail, Finance and Entertainment. It’s a disappointing performance from the industry that pioneered the rewards concept.

The detail behind this low rating doesn’t make for comfortable reading: around two thirds of customers are not fully satisfied with their reward programme; 64 per cent of respondents find them difficult to understand; a similar number struggle to use them; and close to seven in 10 travellers are unimpressed with the service they receive.

The survey also makes it clear that many travel operators have failed to keep pace with today’s ‘on demand’ consumer.

The two biggest gripes with reward programmes are the length of time taken to redeem rewards and concern with the value proposition — customers feel there’s too much spend for too little gain.

Thirty years ago a traveller was content to wait for the payback that travel operators thought appropriate, but in the hyper-connected smartphone and tablet age, customers know the value of their loyalty and want the right rewards, right now.

The good news is that the survey also signposts the ways in which providers can pull their reward programmes back on track.

Over three quarters of survey respondents say that they want their voices heard in shaping better programmes — and their demands are not unreasonable. Pulling out the top three improvements suggested, travel brands can quickly make the improvements that matter. Customers indicated that they:

•Want to choose the reward categories that provide the most meaningful benefits
oAt least four in five would like their programme to offer more choice of rewards (86 per cent), and allow them to choose which categories of rewards they want (82 per cent)

•Want easier to understand reward programmes, with clarity around the benefits they offer
oNearly two thirds of consumers think reward programmes are overcomplicated (64 per cent) and hard to use (63 per cent)

These are relatively simple fixes to any programme, but they can have a big impact on customer satisfaction.

With half of all respondents reporting that they never hear from their reward programme, however, it’s clear that providers need to start having the right conversations at the right time with their members.

Travel companies that listen to their customers will see a rapid improvement in levels of satisfaction. Those responsible for implementing reward programmes need to shift focus away from the similarities between customer demographics towards what makes customers different — be that geography, gender, age, income, or a host of other variables.

Just focusing on the explosion of personal devices such as smartphones and tablets, the survey highlights new behaviours across age groups and differences in the ways that consumers want to interact with brands.

Using the understanding of significant variation in preferred redemption methods by different age groups — shown in the graph below — smart travel providers can engage with their customers in the ways that they prefer. 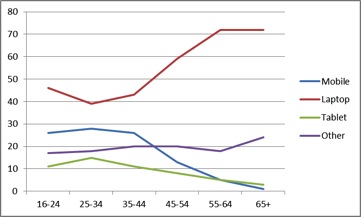 While this is just a small snapshot of the differences that exist between customers that emerged from the survey, the implication is clear.

To genuinely improve the way that travellers perceive programmes, brands need to understand who their customers are and what it is that they are likely to find rewarding. Investment in deeper customer insight will give travel operators a critical competitive edge.

As customers come to associate a specific brand with its relevant/engaging reward programme, the return – generated from continued brand loyalty and repeat purchase – will contribute to a company’s ancillary revenue stream.

Ultimately, by investing in deeper insight, the reward for businesses is a programme that delivers the personalised services, and highly personal experiences, that inspire long term — and mutually profitable — brand loyalty.