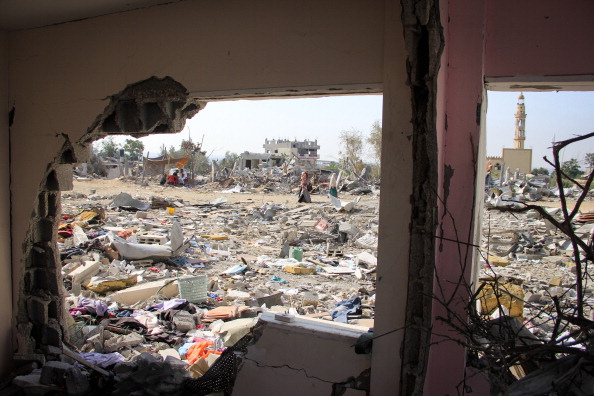 An Italian journalist, three Palestinian bomb disposal experts and two other people were killed in Gaza on Wednesday when unexploded munitions blew up, medical officials and police said.

The explosion occurred in Beit Lahiya, a town in the northern Gaza Strip that had been the scene of fierce fighting between Israeli forces and Palestinian militants during a month-long war.

A three-day ceasefire, in effect since Monday, has given Palestinians an opportunity to search for unexploded munitions.

Gaza’s police force said it was mourning the deaths of its three men: the head of the local bomb squad, his deputy and another officer, killed when an Israeli shell detonated.

Italy’s foreign minister, Federica Mogherini, offered the government’s condolences to the family of journalist Simone Camilli and said his death underlined the urgency of finding a lasting solution to conflict in the Middle East.

“Once again, a journalist pays the price for a war that has gone on for too long, and for the second time in a few months we weep for the death of someone who was courageously working as a reporter,” Mogherini said in a statement.

The Associated Press said Camilli, a video journalist, had worked for the U.S. news agency since 2005.