Ater a nearly 106-year run of developing high-powered ozone-denting combustion engines, Italian carmaker Maserati is steering itself into a new direction – one where it sees hybrids and even fully electric vehicles as an integral part of its lineup.

Throwing a spotlight on that green future is this Maserati Ghibli Hybrid – the very first hybrid from the automaker and one that kickstarts its “electrification programme.” As part of that programme, it will manufacture a range of electric and hybrid cars at its headquarters in Modena as well as in Cassino and Turin in Italy.

The Ghibli Hybrid is developed by the Maserati Innovation Lab in Modena and manufactured in Turin. The decision to run with the Ghibli as its first hybrid is noteworthy considering that the Ghibli has sold over 100,000 units since it first debuted in 2013. For comparison, consider that the GranTurismo, which was discontinued last year, sold a total of 40,000 units from 2007 until 2019.

Maserati has introduced a mild hybrid system whereby you still have a 2-litre four-cylinder engine, combined here though with a 48-volt alternator, besides an electric supercharger e-Booster backed up by a battery. That battery is placed at the rear of the car, and the overall weight of the hybrid is still 80kgs less than the diesel version of the Ghibli (which this hybrid model is effectively replacing). As Maserati says, it will be “faster than diesel, greener than petrol.”

The exterior styling remains largely the same as the existing Ghibli with the notable addition of blue along the air ducts, brake callipers and in the interiors of the car. The screen size on the dashboard has been increased to 10.1 inches, while the instrument panel also features fresh graphics.

It will be available in the GranLusso and GranSport variants and will enter production this month, and is expected to reach showrooms beginning October. 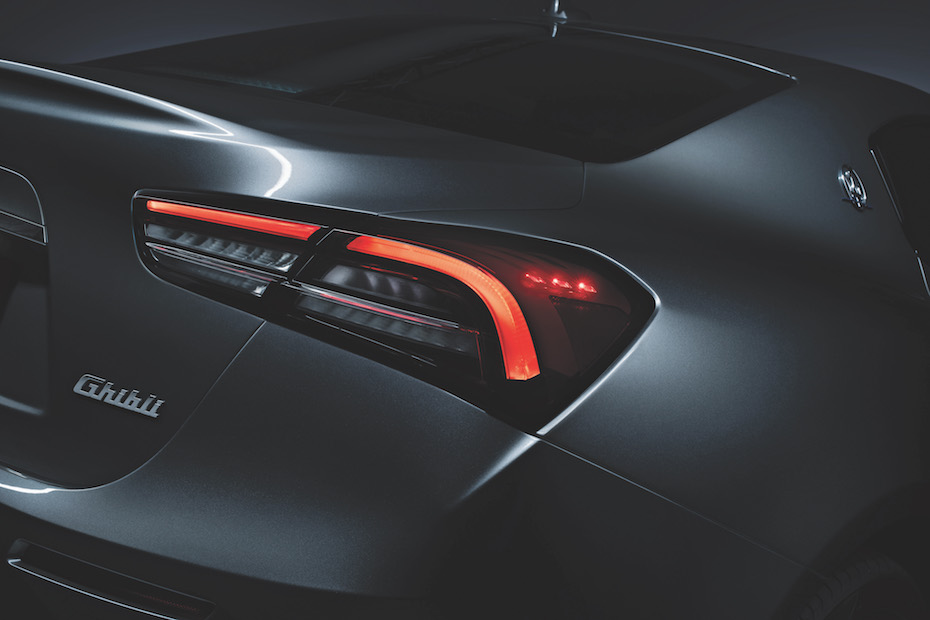 The Quattroporte and the Levante are expected to get the hybrid treatment next. We’re not a long way from the first all-electric models from Maserati too. Production on the 100 per cent electric GranTurismo and GranCabrio are expected to commence later this year at a new facility in Modena where Maserati parent company, Fiat Chrysler Automobiles (FCA), will pump in EUR800m to prepare the production line for the electric models.

While Maserati cracks on with its electric programme, it is also continuing to hone its combustion engines. Its all-new MC20 sportscar will featue a Nettuno engine with F1-inspired tech, and will produce 730Nm of torque and 621hp of power, figures which will likely make it Maserati’s most powerful ever production car.

For the moment, it has already lifted the cover off its new Trofeo collection – globally unveiled a few weeks ago by Dubai-based social media powerhouse Alex Hirschi, aka Supercar Blondie. All of the three models under the Trofeo umbrella including the Levante, Quattroporte and Ghibli are equipped with petrol V8 engines and have top speeds in excess of 300kph while generating 580hp of power and 730Nm of torque.

For Maserati, the pivot towards electric engines will be carried out in parallel to the development of race-primed combustion engines. When the former becomes the latter, Maserati can pat itself on its back.