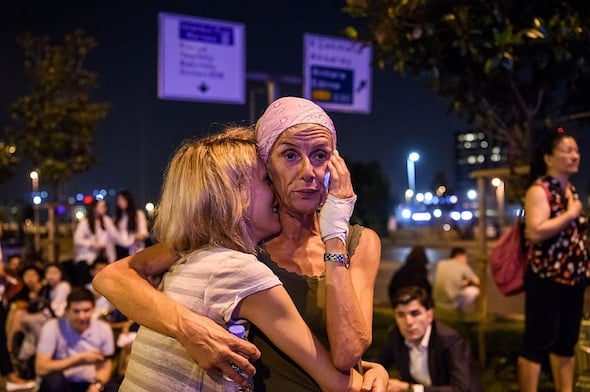 The deadly suicide attack on Istanbul’s main international airport on Tuesday, which left at least 36 people dead and about 150 injured, has once again highlighted the issue of airport security procedures.

Travelling through Istanbul’s Ataturk Airport not so long ago, I was impressed with the x-ray scanners immediately as you enter the departures terminal, making it among the most secure I’ve seen globally.

But clearly this terrible attack shifts attention to the less-secure public areas and entrances, which are altogether harder to control.

Installing checkpoints may be the obvious solution but they would restrict passenger flow on which every international airport depends. Airport authorities, law enforcement/regulatory bodies and politicians need to address this problem as events today and in Brussels show the need to bolster security around the entire airport environment.

These incidents cause universal problems. They affect passengers arriving or transiting through the airport, airlines flying into and over Istanbul airspace – with all the knock-on costs of rerouting aircraft or having aircraft and crew out of place – and the Turkish economy, and that’s before all the rebookings and cancellations that come from a loss of confidence.

Airlines have well-rehearsed contingency plans that immediately swing into action. Emirates flights EK121/122 between Dubai and Istanbul were cancelled, Qatar Airways also cancelled QR239 and shifted passengers to its scheduled flights to Sabiha Gokcen, while Etihad’s flights (EY4151, EY97) were also cancelled. Etihad is due to start Sabiha Gokcen flights on July 1 and it will be interesting to see if it pauses those flights (this airport was targeted last December).

While Ataturk is Istanbul’s main hub and the larger of the city’s two airports, Sabiha Gokcen has been growing rapidly and can handle diverted flights in the short term.

Sadly it’s hard to see how the Istanbul travel and tourism industry will not be impacted, especially as it would have been looking forward to attracting leisure travellers over summer.

The scale of it, on one of the city’s key commercial centres and Europe’s main international hubs, will have been Turkish authorities’ worst fears.

The travel industry will be united in their support and looking at what it can do to improve security, particularly in public areas, but it’s unlikely to lead to global changes.