On Monday, January 31, Israel’s President Isaac Herzog opened his country’s National Day at the Israeli pavilion at Expo 2020 Dubai. The President and First Lady Michal Herzog were welcomed with an honour guard, after which the Israeli flag was raised and the Israeli national anthem (Hatikvah) played at the Expo’s Stage of Nations.

“This pavilion has provided a phenomenal taste of what we have to offer – from water tech and sustainable agriculture, to public health, to smart cities and ground-breaking solutions for a circular economy. It has also been a stage for the beautiful mosaic of cultures, faiths, music and arts, that make up Israel’s vibrant society. And it has been a practical display of cooperation between nations, of the future we can all imagine. This imagination turned into reality right here, when the UAE and its leaders daringly signed the historic Abraham Accords,” said President Herzog. 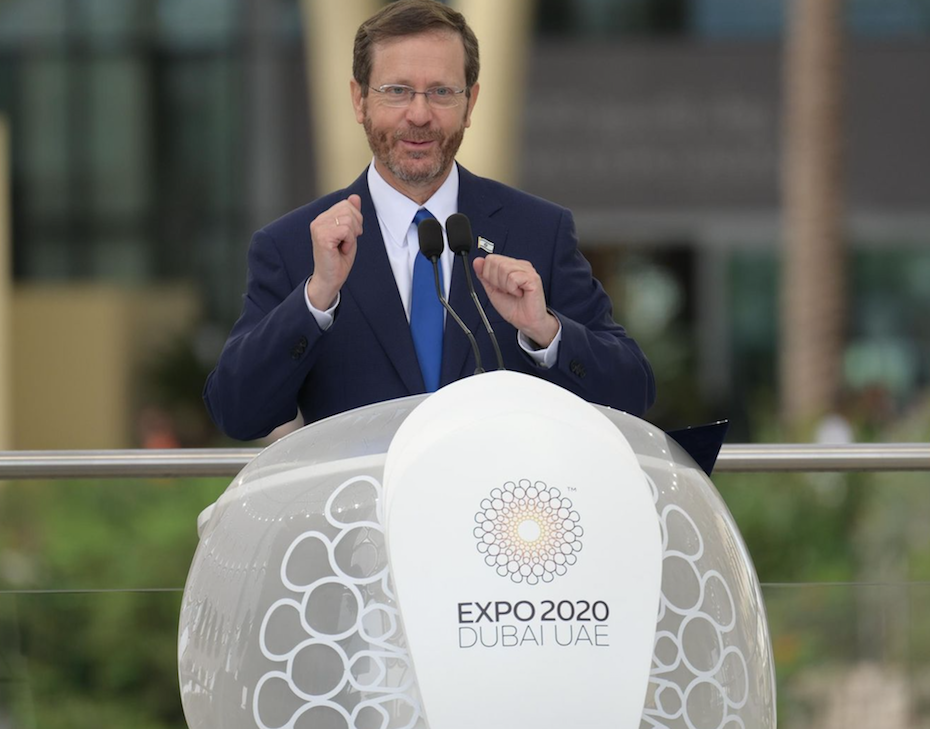 Herzog noted that since the signing of the Abraham Accords trade between the two countries has topped $1bn, more than 120 agreements have been signed, and a $100m bilateral R&D fund was also established recently. He added that 250,000 Israelis have already visited the UAE.

The day before his visit to Expo, President Herzog who is on a two-day official visit to the UAE, met with Sheikh Mohamed bin Zayed Al Nahyan, Crown Prince of Abu Dhabi and Deputy Supreme Commander of the UAE Armed Forces at an official reception held at the Qasr Al Watan.

The two sides also reviewed the prospects of growing cooperation at all levels, especially within the economic, trade, investment, development, technology, and health fields, according to state news agency WAM.