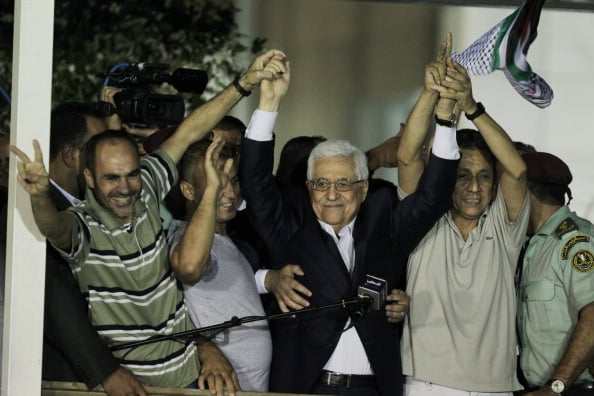 Israel freed 26 Palestinian prisoners on Wednesday to keep U.S.-sponsored peacemaking on course for a second round of talks, but diplomacy remained dogged by Israeli plans for more Jewish homes on land the Palestinians claim for a future state.

Negotiators are due to convene in the afternoon in Jerusalem, the city at the heart of the decades-old conflict, after a three-year stand-off ended with the first round of talks in Washington last month.

Follow-up meetings are expected every few weeks in venues including Jericho in the occupied West Bank in pursuit of U.S. Secretary of State John Kerry’s goal of clinching an accord in nine months.

Israel says it supports his vision but in the past few days has announced plans to increase its settlement of the West Bank and East Jerusalem, which, along with the Gaza Strip, the Palestinians want as part of their state in any deal.

The 26 men released were the first batch of 104 Palestinians serving long jail terms, many for deadly attacks on Israelis. Their freedom may improve Palestinian President Mahmoud Abbas’s domestic standing despite his having dropped demands to condition peace talks on a halt to settlement building.

Hundreds of their relatives gathered in the presidential compound in the West Bank capital of Ramallah in the early hours of Wednesday, waving Palestinian flags and greeting their arrival with tears and chants.

Abbas greeted each of the eleven prisoners released to the West Bank with kisses on both cheeks. He locked hands with some of the prisoners making victory signs on a high stage and basked in waves of flash photography.

“We congratulate ourselves and our families for our brothers who left the darkness of the prisons for the light of the sun of freedom. We say to them and to you that the remainder are on their way, these are just the first,” Abbas told the crowd.

In Gaza, when the other fifteen prisoners crossed an Israeli checkpoint into Palestinian territory, their family members fired guns and set off fireworks.

“I never expected to see him again. My feelings cannot be described in words, the joy of the whole world is with me,” said Adel Mesleh, brother of Salama Mesleh who was jailed in 1993 with a life sentence for killing an Israeli.

“I am happy he was freed as a result of negotiations,” the brother said. “Negotiations are good.”

Most world powers say the settlements are illegal. Israel sees them as a security bulwark and the realisation of a Jewish right to biblical land, and insists on keeping swaths of them under any eventual peace accord.

Speaking to reporters in Brazil on Tuesday, U.S. Secretary of State John Kerry said he had a “very frank and open, direct discussion” in a phone call with Israeli Prime Minister Benjamin Netanyahu.

Kerry appeared to associate the new settlement announcements with internal Israeli politics, saying “there are realities of life in Israel that have to be taken into account here.”

Such construction helps mollify pro-settler factions in Netanyahu’s coalition government, one of which, the Jewish Home party, opposes Palestinian statehood and tried unsuccessfully to vote down the prisoner release.

Israelis bereaved by Palestinian violence have also been angered by the amnesty. Palestinians regard the ex-inmates and thousands of others still in Israeli custody as heroes.

Few expect the latest negotiations to resolve issues that have defied solution for decades, such as borders, settlements, the status of Jerusalem and the right of return for Palestinian refugees. Yet neither Netanyahu nor Abbas wants to be seen as putting the brakes on the U.S. peace drive.

“We set ourselves nine months during which we will try to get to something with the Palestinians,” Israeli Defence Minister Moshe Yaalon told reporters on Tuesday.

“We have been trying in the 20 years since Oslo (interim peace accords), during 120 years of conflict. You can hear the hint of scepticism in my words, but we have decided to give it a chance.”