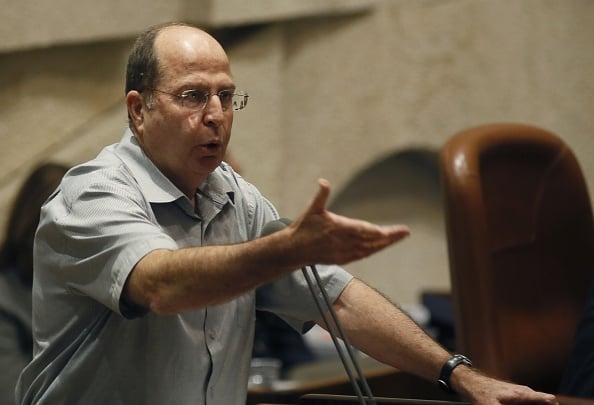 “Even if there are not now any hostile designs (among them) against us, as we know in the Middle East intentions are liable to change. The capability will without a doubt be there and this must be prepared for,” he said.

Setting the stage for talks later in the day with General Martin Dempsey, the head of the U.S. armed forces, Yaalon spoke at a security conference of a need to maintain Israel’s “qualitative edge” as it seeks increased defence grants from Washington.

“The Gulf states are arming themselves, mainly with Western, American weaponry, in the understanding they will need defensive capabilities to contend with the new Iran situation,” Yaalon said, referring to international talks on curbing Tehran’s nuclear programme in exchange for sanctions relief.

“This of course challenges us, too, and here there is enormous importance to preserving what is called the State of Israel’s ‘qualitative edge’ in the face of this regional arms race,” he said at the annual Herzliya strategic conference near Tel Aviv.

Washington uses “qualitative edge” as the rubric for ensuring Israel gets better U.S.-produced weaponry than its potential adversaries.

Israel, widely assumed to have the Middle East’s only nuclear arsenal, sees the proposed Iranian nuclear deal as insufficient to deny Iran the means of making a bomb.

It says that relief from sanctions would allow it to give more funds to Shi’ite allies battling Sunni Arabs in various parts of the region. Iran says its nuclear programme is peaceful.

But Gulf Arab leaders share Israel’s concern and U.S. President Obama pledged on May 14 that in the event of a threat to them, the United States would consider using military force for their defence.

Many Gulf states already have sophisticated U.S. weapons in their arsenals are along with Washington are looking into the possibility of upgrading their missile defence, cybersecurity and counter-terrorism capabilities.