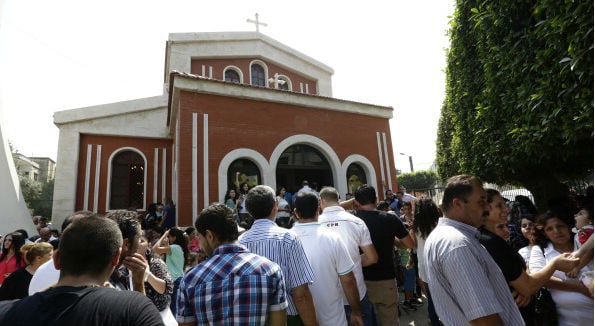 With minorities facing death and persecution at the hands of the Islamic State in Iraq and Syria, Lebanon’s Christians must lay aside their rivalries and agree on who should fill the vacant presidency, a leading Druze politician has warned.

Walid Jumblatt, the most influential figure in Lebanon’s Druze community, says he is as alarmed as anyone by the rise of the radical Islamist group guided by a puritanical vision of Islam that is a major threat to religious minorities including his own. Christians and Yazidis have fled its advance in Iraq.

Jumblatt said Christian leaders in Lebanon, itself the target of a deadly incursion by Islamic State fighters from Syria this month, needed to recognise the danger of what is going on the region and agree on a new head of state.

Lebanon’s presidency, the only one reserved for a Christian in the Arab world, has been vacant since May, when Michel Suleiman’s term ended. Parliament has repeatedly failed to elect his successor in the absence of a political agreement.

Many observers believe that such an accord must be brokered by rival regional states that wield critical influence over Lebanon’s competing alliances, particularly Saudi Arabia and Iran. But Jumblatt said the problem was “local”.

“It’s a Christian mistake. They are not seeing what is (going on) in the surroundings,” he said. “It’s up to them to know that by keeping this division they are making the Christian presence in Lebanon weaker and weaker.”

“They are weakening themselves and weakening Lebanon.”

Once the dominant force in Lebanon, the Maronites today stand divided between rival alliances that define the country’s crises-ridden politics: the March 8 coalition including the Iranian-backed Shi’ite group Hezbollah, and the Saudi-backed March 14 alliance led by Sunni politician Saad al-Hariri.

With Maronite leaders including civil war foes Michel Aoun and Samir Geagea both eyeing the presidency, it will only likely be filled by a deal on a candidate acceptable to all.

Army chief Jean Kahwaji, whose forces battled the Islamist militants for five days in the border town of Arsal this month, is seen as one potential candidate. Both Suleiman and his predecessor, Emile Lahoud, were former army commanders.

Besides the presidency, parliamentary elections have also fallen victim to political deadlock. Elections that were due to take place last year were postponed until later this year.

The Druze are one of Lebanon’s smaller sects but punch above their weight in politics. Jumblatt has maximised his influence by switching allegiances several times in recent years.

Despite their differences, Lebanese leaders have managed to unite in the face of the threat posed by the Islamic State.

Together with other radical groups, its fighters seized the border town of Arsal on Aug. 2, in the most serious spillover to date of Syria’s three-year-long civil war into Lebanon.

Dozens of people, including 19 soldiers, were killed in the ensuing battle. The militants withdrew on Aug. 5, taking with them 19 captured soldiers and 17 policemen.

“The Islamic State is a threat to both the moderate Islam headed by Mr. Saad al-Hariri and of course for Hezbollah,” said Jumblatt. “There is a convergence, an anxiety of a common enemy … which is good,” he said.

Praising the army, he added: “Beyond our stupid political disputes, we still have institutions that can resist.”

The Arsal crisis brought Hariri back to Lebanon after three years of self-imposed exile. He brought with him $1 billion in Saudi aid to help the security forces fight extremism.

Jumblatt said Hariri must “remind people that the Muslims of Lebanon cannot go into radicalism”. A religious minority spread across the region, the Druze, a faith rooted in Islam but influenced by ancient Greek and Indian philosophy, have survived previous waves of persecution throughout history.

The rise of the Islamic State appears to have pushed Jumblatt closer to Hezbollah, whose highly trained guerrillas are fighting the Sunni Islamist-dominated insurgency in Syria alongside President Bashar al-Assad’s forces.

While maintaining his fierce opposition to Assad, Jumblatt has eased off in his criticism of Hezbollah’s role in Syria.

Jumblatt stuck by his forecast that Assad would eventually fall. “He will not survive. Ultimately he will fall,” he said.

But he said there was no point in blaming Hezbollah for fighting in Syria, saying that the group was implementing Iranian policy. “Continuing to blame Hezbollah will lead to nowhere,” he said. “Now we have to somewhere find a kind of coordination – a political effort, a political joint venture.”