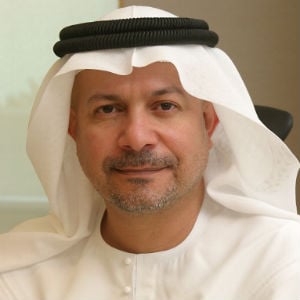 Islamic banks must take advantage of the Eurozone crisis and public anger over conventional banks excesses, and take a greater share of the world’s banking industry, according to Hussain Al Qemzi, CEO of Noor Investment Group and CEO of Noor Islamic Bank.

Speaking at an Islamic Banking Conference in Singapore, Al Qemzi said that Islamic banking has the potential to establish itself as the world’s preferred banking system.

“But it is simply not enough to say to people that Islamic finance offers a better way of banking. Nor should our appeal be just to Muslims. We need to offer a real alternative to both Muslims and non-Muslims,” he told delegates.

“For the Islamic finance industry to reach its full potential, there needs to be a greater diversity of products and services. But where are these new products? We have to face up to one simple fact; the pace of innovation is too slow,” he said.

“What the industry lacks at the moment is the breadth and depth that investors enjoy in the conventional market. An inter-linkage between the key Islamic financial centers, especially the Gulf and South East Asia, will facilitate investor access to a wider range of Shari’a-compliant products beyond those available in domestic markets,” Al Qemzi added.

A recent report by consultancy A.T. Kearney found that Islamic banks in the GCC are facing slowing growth rates and eroding profitability.

Growth rates have dropped from double-digit figures to between three and eight per cent in Saudi Arabia, Bahrain and the UAE, it said.

According to the report, rather than compete head-on with conventional banks, Islamic banks need to target customer segments that care about Sharia compliance in their financial dealings.

“These market opportunities are under-developed and present attractive platforms for profitable growth, for players willing to exploit the niche,” he said.