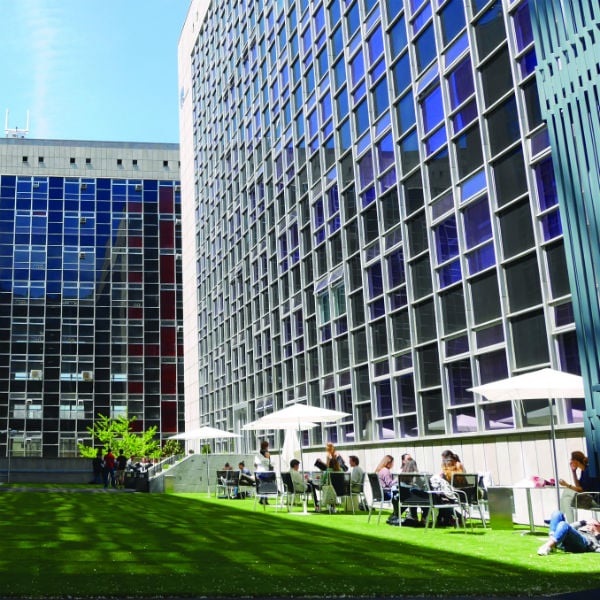 In recent years, countries across Europe have warmed to the prospect of Islamic finance.

Great Britain became the first western country to issue a Sukuk in 2014, attracting orders of GBP 2bn ($2.85bn) from global investors, and Luxembourg followed suit later that year with a EUR 200m ($254m) five-year Islamic bond distributed across 29 accounts. Both were significantly oversubscribed.

The wave of positive sentiment is a result of numerous factors, largely rooted in the perceived failings of conventional banking, the growth of Islamic banking across regions such as the Gulf Cooperation Council, the success of Sukuk issuances in the Middle East and Asia, and the popularity of ethical finance models.

One country looking to increase activity in the Islamic finance sphere is Spain; a fact highlighted by a recent seminar in Madrid organised by IE Business School, the Islamic Financial Services Board and Banco De España.

Drawing together sector advocates from across Spain and other parts of the world, the event drew national press attention, with Bank of Spain governor Luis M. Linde giving the opening address. 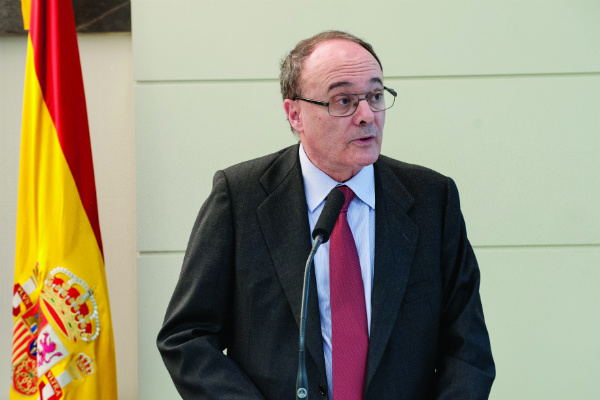 It was perhaps a signal of intent by the bank to consider Islamic finance more carefully in the coming months. If not, it was certainly recognition of the sector’s growing prominence among the country’s professionals – something that one the event’s organisers explained is very significant.

“This is the first time that the government of the central bank was interested,” said Saudi-Spanish Centre for IE Business School Islamic economics and finance director Professor Celia de Anca.

“For the last eight or nine years we have tried to unify the voices in Spain that are interested in the topic, so at this seminar we’ve had a few lawyers from Spanish firms, a couple of banks, a few researchers and so on. There has been interest in a few different areas of Spain and we have been trying to help each other to find a common voice in Islamic finance.

“It has been growing nicely and having the governor at this event is probably one of the big marks. It’s very important because sometimes it can be seen as a niche. Having all these voices here today represents that this is serious. Not just for IE but for the Spanish media and the business world.”

The seminar was not only important for staking the sector’s claim as a serious part of Spain’s economic landscape, but also for driving the European conversation about Islamic finance – including the relationship with the Middle East.

De Anca added: “This is a growing industry and we at IE are major players in the international debate, so we believe it’s an important topic to discuss.

“One of the things we often talk about is the growing awareness in Islamic finance in the Gulf, as well as the growing awareness of similarities between the Spanish and Arab cultures. There are so many opportunities for the two to work together because of the shared culture, but there is a barrier, which is the language. When that barrier starts to disappear there can be a very good relationship.

“Then there will be more opportunities.”

Among these opportunities, suggests de Anca, is the financing of projects across the Atlantic Ocean in South America – an idea that she suggests has already been put to the test.

“In Spain we always dream of being the bridge between the Arab world and Latin America, but it has never been fully accomplished,” she said.

“There are opportunities to have Spanish companies investing in Latin America in the big project finance they do over there, with Gulf investors taking part. There was an opportunity with one project – I think the infrastructure of an airport in Brazil – that people were thinking could be done through Islamic project finance. In the end it didn’t happen, but it shows that there is interest.”

Should such plans come to fruition in the near future, it would signal a big step in Spain’s Islamic finance journey. But it is not the only way that the country and its European neighbours could benefit from the GCC.

One of the event’s speakers, Standard & Poor’s global head of Islamic finance, Dr Mohamed Damak, believes European countries could gain a lot from the GCC, not only in terms of the way they structure their Islamic finance sectors, but also in finding potential investors.

“Spain and other European countries could definitely benefit from the experience of GCC countries in putting their Islamic financial industries in place,” he said in an interview on the sidelines of the seminar.

“They can look at what they did, how they did it, and they can borrow from that.

“But European countries can also benefit – if they were to issue Sukuk, for example – from a diversification of investor base.

“There’s actually around $500bn of assets in the Islamic finance industry that are really looking at each and every Sukuk being issued in order to take a position. And for issuers in other countries to the GCC and Malaysia, past issuance shows when they choose to go down the Sukuk route, they have 45 per cent chance of attracting investors from the Middle East.

“If you look at the transaction that was issued by Goldman Sachs in 2014, 87 per cent of investors were in the GCC or wider Middle East.”

According to Dr Damak there is currently an incentive for European countries to launch Sukuk due to a shortage in the industry of high quality liquid assets – another reason the continent’s interest in Islamic finance may have been piqued.

He explained: “These are the assets the financial institutions are supposed to keep in order to comply with the liquidity coverage ratio that was put in place by Basel III regulation. Among the characteristics of these assets are that they have to have a high credit quality and they need to be liquid.

“So if some of the European issuers were to tap the Sukuk market today they might be eligible for high quality liquid assets inclusion, which would even increase the appetite of Middle East investors because they would not only take a position on the paper that would most probably be highly rated, but also it would help them to comply with the liquidity coverage ration regulation.”

Regulation in general is a sticking point for European nations looking to establish a strong Islamic finance sector. While some countries including the United Kingdom, German and Luxembourg have taken a leading role in this regard, the unique nature and complexities of Islamic finance, coupled with the specific needs and existing regulation in each country means there is no simple path to regulatory reform. Especially when you factor in the desire for a unified framework across the European Union.

Indeed, an International Monetary Fund paper from 2015 pointed to the dislocated nature of Islamic finance regulation within each country and across Europe in general, highlighting a “need for increased regulatory clarity and harmonisation, closer cooperation between Islamic and conventional standard-setters, and further enhancement of tools for effective supervision”.

At IE’s seminar in Madrid, Linde expressed similar sentiment, stating: “The further development of Islamic finance will nonetheless depend on implementing the necessary financial reforms to ensure its integration into the wider financial system.”

He also highlighted two main challenges: developing the architecture of Islamic finance and integrating Islamic finance into the existing “conventional or general financial regulation while maintaining their specificities”.

Again, there is scope here for the UAE – Dubai in particular – to provide a sound model for Europe. A notion enhanced by the presence at the event of Dubai Financial Services Authority’s managing director of policy and strategy, Peter Smith. 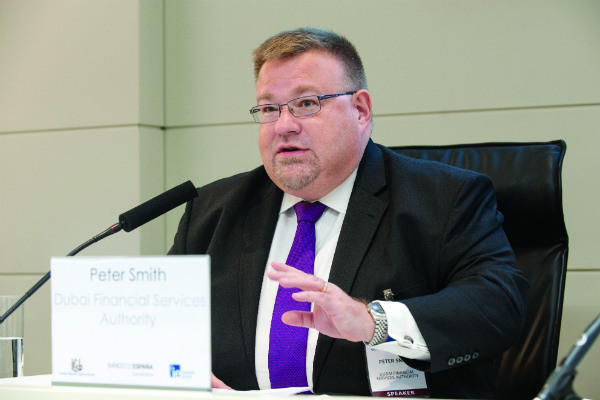 The DFSA created a regulatory framework for Dubai’s Islamic financial services industry – efforts for which it has been routinely presented with awards, with fellow authorities around the world benefiting from its example.

But while regulatory challenges may exist, they haven’t prevented Islamic finance from attracting increasing numbers of young people who are looking to forge a career in the industry.

Something that IE Business School’s academic director of masters in finance, Ignacio de la Torre, believes should not come as a surprise.

“If you look at the size of the industry – more or less $3 trillion – it’s similar in size to the private equity and hedge funds industries,” he said after the event in Madrid.

And while De la Torre is realistic about the limited progress of Spain’s Islamic finance ambitions – largely due to the global financial crisis meaning the government has “had its priorities elsewhere” – he highlighted the important developments that collaboration has brought.

“We have the Saudi-Spanish Centre for Islamic Economics and Finance based here in IE and we promote research with people from Harvard, people from Oxford, and others in order to move forward the Islamic finance sector.”

With Saudi Arabia’s King Abdulaziz University a key partner of SSCIEF, and the UAE providing both regulatory models and access to finance for European Sukuk issuers, it appears the Gulf region is playing, and will continue to play, a key role in helping Spain and its neighbours develop their own Islamic finance sectors in the months and years to come.