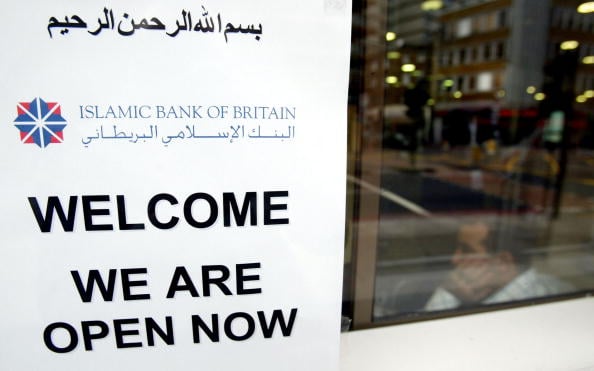 Islamic banking is based on core principles of the Islam.

It is interesting therefore to note that some banks are removing the word “Islam” from their names – and that this is, curiously, a sign of both the potential Islamic finance holds, and the obstacles to it going mainstream.

In both cases, the changes are part of the banks’ expansion plans. Their aim is to move well beyond a relatively small group of customers who stress on religious permissibility, to a much larger customer base for whom pricing and service quality are key. This approach, some believe, could help Islamic banks establish themselves globally, not just in the Muslim-majority regions of the Gulf and southeast Asia, and appeal to larger numbers of non-Muslims as well.

“Rebranding is an essential part of widening the appeal of the industry, whether we call it ethical, alternative or sustainable finance,” said Yerlan Baidaulet, a member of the board of executive directors at the Saudi Arabia-based Islamic Development Bank, a multilateral institution.

“Our mindset has to be global, we have to think wider in terms of customer appeal. Why monopolise the concept and keep calling it only Islamic?”

Islamic banks, which follow principles such as bans on interest payments and pure monetary speculation, have been growing rapidly in the Gulf and Southeast Asia for a decade now. In the six-country Gulf Cooperation Council, they now account for about a quarter of total banking assets.

In the past couple of years, growth has however slowed in some countries as these banks have largely run out of new customers who are willing to base their choices primarily on an institution’s Islamic credentials.

In Qatar, for instance, asset growth rates of Islamic banks have dropped to just above those of their conventional peers, cutting a large lead which the industry previously held. Islamic banking assets in Qatar grew 12.2 percent in 2013, down from 35.1 percent in 2011, central bank data shows.

To continue expanding and growing, the banks this have two options. One is to compete for the mass of consumers – by some estimates, 60 or 70 percent of the population even in a mainly Muslim country – who base their choice of bank on non-religious factors.

ADIB is in the process of acquiring a large number of such customers; in April it said it had agreed to buy the UAE retail banking operations of Barclays for an expected price of Dhs650 million ($177 million). The Abu Dhabi-based bank is now trying to persuade roughly 110,000 former Barclays customers to stay with ADIB rather than moving to conventional banks. This involves competing directly on non-religious aspects of its service.

One other growth avenue for Islamic banks is to move into new markets in Asia, Europe or Africa, in countries which have Muslim minorities but where establishing a profitable presence will require attracting large numbers of non-Muslims. In such territories, banks feel that to to broaden their appeal and compete directly with conventional institutions, they will need to play down their Islamic credentials among the general public.

To be clear, these banks have no intention of changing the sharia-compliant nature of their products –  removing the word “Islam” from their names is a way of avoiding any perception that Islamic banks focus on religious issues while neglecting aspects such as quality of service.

Islamic Bank of Britain (IBB), which was acquired in January by Qatar’s largest Islamic bank Masraf Al Rayan, is studying whether to rebrand itself to appeal to a wider customer base, said IBB chief executive Sultan Choudhury.

“We have to look at branding – sometimes the positioning as an Islamic bank can work against us,” he said. “After the takeover,g we want to look at how we present the bank to customers. We have to consider how to position the brand to be all-inclusive.”

IBB, based in Birmingham, offered a savings account promotion last year for which it estimated 55 percent of applications were from non-Muslims. It had similar success in marketing products in Scotland by avoiding any of the Arabic terminology often used to describe Islamic financial products, Choudhury said.

“Ultimately the contracts are sharia-compliant…but this helps in consumer understanding.”

ETHICS CAN BE CALLING CARD

Tirad Mahmoud, ADIB’s chief executive, said that Islamic banks had an advantage over conventional banks in being able to stress the moral foundations of their business – a consideration which has become more important since rampant banking abuse fuelled the global financial crisis.

For example, Islamic banks reject much of the complex financial engineering used by conventional banks. Returns on Islamic bank accounts are based on investment income rather than on interest payments.

“The real competitive advantage that Islamic banks have is that they are ethically constructed. We need to promote this. The denomination doesn’t matter,” Mahmoud said.

According to ADIB, a survey which it commissioned found that over 1,000 retail customers in the UAE, Egypt, Turkey, Indonesia and Britain believed that a lack of ethical principles was the biggest problem in their banking relationships.

However, the survey also showed that while Islamic banks were perceived as treating customers more fairly than conventional institutions, they were seen as lacking best industry practices and failing to deliver a simple banking experience.

Rebranding can help change that perception.

Name changes can also help Islamic banks expand in markets where regulation limits their branding options: ADIB also has plans to enter Turkey, Algeria and Saudi Arabia, all of which restrict the use of religious terms, Mahmoud said.

In Turkey, for example, Islamic banks describe themselves as “participation banks” to comply with staunchly secular legislation.

“In respect of awareness of participation banks, there has not been any problem. Everybody knows they are Islamic banks and operate according to Islamic banking principles,” said Osman Nihat Yilmaz, deputy secretary general of the Participation Banks’ Association of Turkey.

“Less religiously-linked branding could be useful for the industry if it wants to attract non-Muslim clients.”

ADIB’S Mahmoud rejected the idea that removing the word “Islam” from banks’ names was in any way compromising their Islamic nature. Instead, he said, it could put the focus where it should be: on the quality of banks’ services.

“Some Islamic banks are unfairly using their Islamic label in Muslim communities. It is an emotional label that is very powerful in these communities, but are we leveraging on emotions?”