Is your office fit for the worker of the future? - Gulf Business 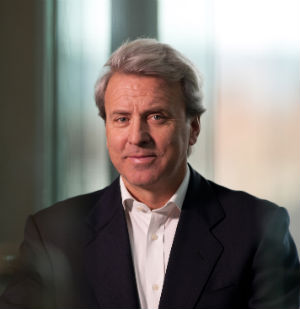 Imagination runs wild when we think of the workplace of the future, but I’ve got news for you; it’s already here. Technologies we have been discussing for the last five to ten years are now converging. Cloud, social, video, mobile and more are part of the everyday reality for most workers. The psychology of the average worker is changing, and it’s the individuals who are driving and shaping the environment of tomorrow.

The biggest shift in the modern enterprise has been the uptake and adoption of new technologies by the workforce. It’s a changing attitude being ushered in by the younger generations, including millennials, but rapidly supported by baby boomers and Generation Y. The global median age is increasing by an average of around 2.6 years every decade, so now more than ever organisations have to meet multiple employee demands. In the Middle East, the workforce is fast evolving to becoming “GenMobile”, which strongly believes in mobile working regardless of time and location. A recent survey revealed that 50 per cent of employee respondents would choose flexible hours over salary increase.

In light of the above, there are three main drivers of this push towards the future workplace; a desire for flexibility, autonomy and ease.

Sir Cary Cooper, Professor of organisational psychology and health at Manchester Business School, says that “technology is our enabler” when it comes to workspace flexibility. 76 per cent of employees feel that technology has had an influence in the way they work in the past year and Virgin Media Business recently predicted that 60 per cent of office-based employees will regularly work from home by 2022, thanks to technological advances in the workplace. They expect choice and flexibility over their physical workspace. Remote and flexible working enables employees to meet their needs, such as childcare and elder care, as well as the needs of the employer. Happy employees are hardworking employees and ultimately derive better value for the business. A study by Dr Cooper found that the main reasons employers gave for providing employees with flexible working opportunities included: to improve morale, staff retention and recruitment. Generation Y (people born between 1980 and 2000 and have grown up almost entirely in the digital age) will further drive this trend, with 92% identifying flexibility as a top priority when selecting a workplace.

The modern worker demands more control over their work place, patterns and productivity. This is also achieved through technology. Employees are seeking out employers who empower them to achieve maximum efficiency. This means creating an experience of autonomy where employees can choose the technologies that best suit them and their role, because in the workplace of the future they want to work smarter, not longer. But some employers are letting them down; a third say the lack of investment in appropriate mobile technology is the biggest barrier to flexible working and 23 per cent of people say their desire to collaborate more freely is inhibited by a business culture resistant to change or new technology adoption.

The average worker expects control over the kind of mobile device they use, hence the increase in BYOD policies amongst enterprises; 54 per cent of companies globally are allowing BYOD. They also want to be able to choose when to see their colleagues face-to-face, regardless of geographical location. A study by IDC on the growing mobile workforce in MENA reports that mobile workers will reach 244.6 million this year, as a result of the corporate shift towards the BYOD model. “People like to see each other eyeball-to-eyeball, it’s really quite important,” says Professor Cooper. Business leaders recognise this and say that video collaboration contributes to a flexible working strategy by improving productivity of remote workers as much as 39 per cent and two-thirds say enabling flexible working has a bigger financial impact than cutting operational costs. In fact, 56% of business leaders and managers expect video to be their most preferred collaboration tool in 2016 in order to accommodate employee demands and derive maximum productivity.

The biggest driver of technology adoption has been ease of use. This has two parts to it.

Firstly, the user interface has been a focus of the whole technology industry. From the Apple iPhone to Skype for Business, the heavyweights are focusing on simple, intuitive software and hardware that doesn’t require a degree to operate.

The second part of ease of use is centred on integration. Users who are comfortable with Microsoft Lync don’t want to have to step outside of that comfort zone to make a video call, so the seamless integration of video into the Lync interface into their workflows is key to the raised profile of video in the enterprise. It’s also about the integration of future technologies into business processes, whether that is making it the standard for HR to interview over video, or conducting speech and language assessments over video in a medical context. One in two people say that having more access to video would increase use. More video won’t mean more work for IT either; over 80 per cent indicate that their video conference didn’t take too long to set-up. Making it fit into their workflow easily is the key to an easy life for the IT department tasked with driving adoption.

Ultimately, the way we think and feel about work has changed drastically over the past ten years, and will continue to shift over the next ten. Geographically dispersed workforces are becoming the norm, 57 per cent have seen an increase in the amount of work with they do with coworkers based in another location over the last three years. According to recent research, 50 per cent of employees think they will be offered the chance to work from home in their lifetime and 79 per cent of employees believe that business travel will be completely replaced by other forms of communication. This is reinforced by the finding that 56 per cent of business leaders and managers expect video to be their most preferred collaboration tool by 2016. Business leaders have identified video conferencing as the next big workplace trend; 96 per cent say it helps companies defy distance and break down cultural barriers to improve productivity.

In an increasingly connected and globalised world the cultural part is significant, and those three key expectations are more prevalent than ever; flexibility, autonomy and ease.