by Peter Bidenko and Ali Ali 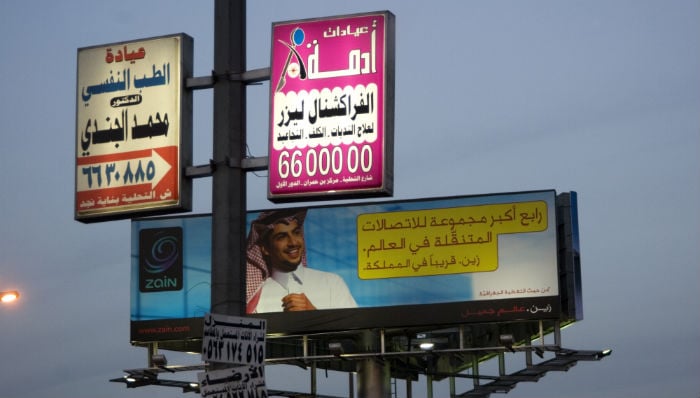 In December 2012, TBWA/RAAD won the coveted Best In Show at the John Caples Awards in New York for integrated marketing creativity. The awards may be small compared to say the Cannes Lions, but they showcase some of the best work in the world in their area. And Dubai came first.

In Cannes last year, the GCC had the highest number of awards ever in its history. We’re going in the right direction.

When I first came to Dubai in 2008 I felt there was a sense of immaturity. The work that won awards at Lynx were, let’s say “manufactured”. But increasingly we’re seeing work done for real clients breaking through in the shows as well as the more important barometer, getting results in the marketplace.

Is it all great? No. Of course not. But it’s the same around the world. We see the very tip of the iceberg as winners in the awards. Yet you only have to travel in foreign countries to realise that day-to-day work can be appalling. It’s a global trend we don’t want to emulate.

What was good about the Red Tomato win at Caples is its innovation. A simple idea well executed that no one had thought of before. As marketing changes, digital dominates and innovative ways to connect with people continues, the GCC and the many people working here in marketing positions and agencies continue to strive to do better and better work. And that’s a trend we do want.

Advertising in the GCC has surely come a long way, but sadly, it’s still not up to global standards.

We’re not there yet. And we won’t get there before we stop taking ourselves so seriously.

Advertising in the GCC, (and I’ve worked there for two years), is still too serious. It needs to be less business and more craft. Less about retainers and more about ideas.

I don’t think agencies in the GCC are having enough fun. And that’s probably because clients are still taking themselves (and their brands) too seriously.

Advertising is essentially a fun business, and the people having fun are the ones making the best ads.

We still sell to our consumers, when everyone else is having a conversation. We’re still talking about our products, when others are telling great stories. We’re still trying to make glossy ads, when most home made Youtube videos score higher than the average GCC spot!

Atleast 80 per cent of the GCC TV scripts I got last year opened on four friends sitting on a couch watching football! Seriously? And if it’s not in the living room, it’s in the supermarket.

GCC advertising needs to embrace cool. And I don’t mean the fake “skate boarding”, “break dancing” cool you see in so many soft drink ads nowadays.

I mean the real thing. We need to have more fun, leave the couch, get out of the supermarket, and get real.