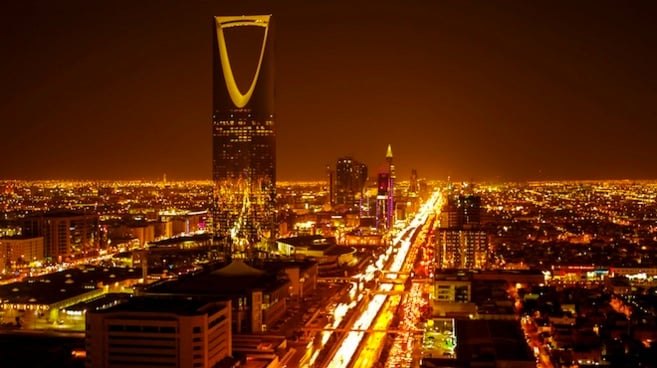 Saudi Arabia has dominated regional and international headlines several times this year. United States President Donald Trump’s controversial visit to the kingdom in May, and the sudden and surprising change in the country’s Crown Prince in June, have been among the stories that have turned the world’s eyes towards the Gulf region of late.

There has also been plenty of news on the economic front, with the kingdom registering its first drop in gross domestic product (GDP) since the financial crisis during the first quarter of 2017 — mainly because of a contraction in its oil sector. Saudi’s GDP — adjusted for inflation — fell 0.5 per cent year-on-year in Q1, with the oil sector shrinking 2.3 per cent.

Staying on the oil theme, the kingdom has also been arguably the key driving force behind an international deal to cut crude output in a bid to balance the market’s supply and demand dynamics and prop up the stagnating oil price.

Under the deal, several members of the Organisation of the Petroleum Exporting Countries (OPEC) and other major oil producers such as Russia initially agreed to reduce output by 1.8 million barrels per day for six months starting on January 1, and later extended it to 2018.

While the move did boost oil prices at the start of the year, other factors such as rising shale supply from the US and slowing demand have dragged on prices, which have since declined.

However, Saudi officials have stressed that they are not worried. Energy minister Khalid al-Falih said in June that the oil market was ‘heading in the right direction’.

From a non-oil perspective, the kingdom’s economy has fared much better, with the non-oil public sector shrinking only 0.1 per cent and the non-oil private sector actually growing by 0.9 per cent in Q1. This private sector growth was the fastest since the fourth quarter of 2015.

Saudi has been concentrating its efforts on diversifying its economy as part of its ambitious Vision 2030 programme, unveiled last year, which envisions increased government revenues and job opportunities for its citizens. Launched by the current Crown Prince Mohammed bin Salman as a means to end the kingdom’s “oil addiction”, Vision 2030 is a wide-ranging reforms programme that aims to raise non-oil revenue to SAR600bn ($160bn) by 2020 and SAR1 trillion ($267bn) by 2030 from SAR163.5bn ($43.6bn) in 2015. 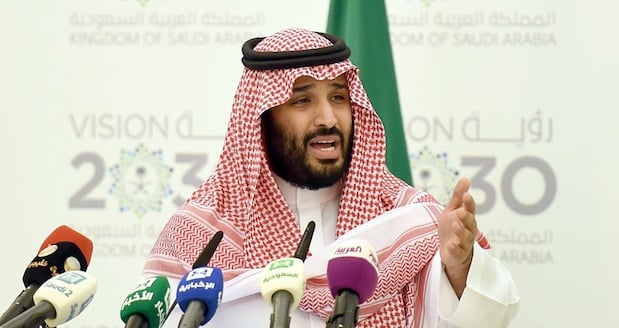 The plan centres on the restructuring of Saudi’s Public Investment Fund and raising money by publicly listing up to 5 per cent of state-owned Saudi Aramco — the world’s largest oil producer.

The programme also looks to boost state revenues by cutting government spending, introducing new fees and privatising other state assets. Other items on the agenda include the development of sectors such as sports, tourism and entertainment, reforms to the education sector and increased participation of women in the workforce.

Is it achievable as planned?

Saudi has already started to see some of the elements of Vision 2030 take shape. For instance, the recently created General Entertainment Authority organised over 160 events last year and hopes that its events this year will attract up to two million visitors across 15 cities in the kingdom.

The Vision 2030 plan is also welcoming foreign investment by making it easier for overseas companies to set up and do business in the kingdom, claims Zaid Al Mashari, CEO and co-founder of Proven Saudi Arabia — a business support service provider.

“The energy sector remains a strong base for foreign investment and expat workers, as does the infrastructure sector, with both Makkah and Riyadh public transportation projects going out to tender,” he says.

The company has seen a 25 per cent increase in the number of business visit visas for Saudi so far this year and anticipates another jump in September.

“We have seen an increase in international enquiries from companies that are looking to expand into Saudi Arabia. The enquiries range from companies looking for visas for their employees to support with payroll and company set up. We expect to see this increase to continue for the remainder of 2017 as more Vision 2030 updates are announced,” he says.

But while international interest based on the broad agenda may be high, many of the specific goals laid out by the vision are hugely ambitious, says Graham Griffiths, analyst at risk consultancy Control Risks.

“They set a policy orientation that is likely to push the country towards a more private sector-focused growth model. This will open up significant opportunities but is unlikely to lead to a wholesale transformation of the economy,” he says.

“Success should be measured by the ability to stave off the dangers the vision seeks to avert rather than achieving the economic and cultural flowering
it promises.”

To achieve the aims of the programme, Saudi Arabia will need a “comprehensive transformation” of its labour market and a huge shift in government and organisation capabilities, agrees Professor William Scott-Jackson, chairman of Oxford Strategic Consulting (OSC).

Hurdles along the way

Experts agree that a number of major challenges exist to implementing the reform programme.

“First, Saudi society must be convinced of the government’s vision and actively engaged in its implementation, rather than treated as a passive recipient of reforms. This will mean finding ways to accommodate demands for transparency and participation as the government asks more of its citizenry,” explains Griffiths.

“Second, the government will have to overcome significant limitations in the administrative capacity of the state bureaucracy that is likely to lead to delayed and flawed implementation of many of its reform programmes.

“Third, a private sector that has traditionally been almost completely reliant on government contracts and low-cost labour must find a way to transform itself into an engine of growth and job creation,” he adds.

Scott-Jackson agrees that the labour market poses a major obstacle.

While Vision 2030 anticipates that the current labour force of 6.4 million will rise to around eight million, many of those workers have not yet entered the workforce, he says. 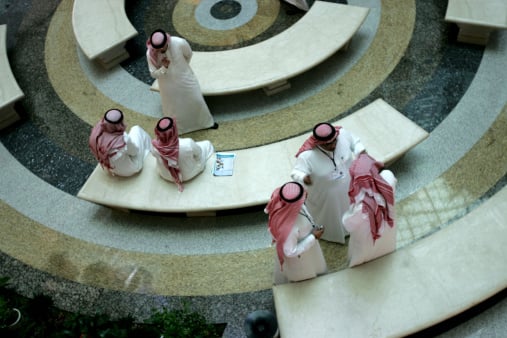 “Such a massive growth in the private sector presents major challenges for Saudi businesses and Saudi citizens,” he says.

Research by Oxford Strategic Consulting has found that many Saudi citizens have negative perceptions of some of the key sectors that Vision 2030 expects to expand.

Tourism, in which 800,000 Saudis are expected to work, was seen by one in five Saudis as the least favoured sector in which to work. Healthcare and retail also ranked high on the list of least desired employment sectors.

“There are also challenges in developing the HR capabilities that companies need to attract Saudi talent and raise employee engagement and productivity levels to global standards,” adds Scott-Jackson.

Another challenge could also emerge from the imposition of the new dependents fee, which requires all expatriates in Saudi to pay a monthly fee of SAR100 per dependent, starting from July 1, 2017. The fee, which has to be paid an on annual basis, will further increase to SAR200 from July 2018, SAR300 in 2019 and SAR400 in 2020.

There have been concerns that the levy will dissuade many expatriates from living in the kingdom, but Al Mashari from Proven says it will mainly have an impact on families in the lower salary bracket and is unlikely to affect those with higher earning potential.

Saudi Arabia has been the midst of several major political happenings this year — primarily the unexpected appointment of Prince Mohammed bin Salman as the Crown Prince in June. The surprise move marks an unprecedented shift in the country’s ruling order.

But the move is anticipated to provide further momentum to Vision 2030, suggests Griffiths.

He says: “Mohammed bin Salman has largely been directing the kingdom’s economic and foreign policies since his father became king and so his elevation to the office of crown prince means a continuity of the policies we have seen emerge over the past two years — ambitious economic reform at home coupled with a more assertive, confrontational approach abroad.”

Achieving many of the ambitions of Vision 2030 may require challenges to conventional economic thinking.

“Saudi Arabia aims to reduce dependence on oil and generate GDP through very fast growth of other sectors including tourism and military manufacturing. Western consultancies therefore recommend that the private sector should grow massively and, in particular, that Saudis should be encouraged to work in the private, rather than the public sector. Public sector employment is seen as a problem and the public sector should be as small as possible,” states Scott-Jackson.

According to the academic, many free market economists see small government and large private sectors as the only route to a developed economy, and view public sector employment as an obstacle to growth.

But research by OSC shows that GCC nationals prefer to work in the public sector, not only because it is seen as an ‘easy life’ with higher pay, but because they see it as a patriotic duty.

“Young people in particular liken working in the government sector to ‘helping the country’, ‘contributing to society’ and ‘making their families proud’,” explains Scott-Jackson.

“Perhaps this powerful commitment could be harnessed to create successful independent commercial organisations that are either wholly or partially owned by the government,” he opines.

Such companies could be along the lines of Saudi Aramco and SABIC.

“In this way, the government can make working in a commercial organisation just as patriotic as working directly in government. It can also utilise existing public assets and its employees to contribute to a fast-growing, diversified economy rather than pushing nationals into an often ill-prepared and reluctant private sector,” he adds.

The Saudi economy faces a difficult year ahead, led by depressed oil prices and the time it will take for the upside of reforms to take effect, say experts.

“Thus in the short term the economy continues its slow growth as it absorbs the structural changes proposed in the Vision 2030. There is an increasing build-up of demand in the non-oil sector which currently is untapped due to subdued investment from businesses as they are cautious towards spending in the current climate,” says Al Mashari.

“This is further incremented by the structural changes in the economy which are slated to create additional demand through entrepreneurial opportunities.”

But the longer-term prospects look more promising. “Saudi’s residual oil wealth combined with the positive effect of steady, if imperfect, reform are likely to allow it to achieve respectable performance,” states Griffiths.

“The long-term outlook on the Saudi economy looks positive as oil prices rebound and the government restructuring of the private sector comes into effect,” he adds.

Saudi Arabia will be counting on that positive sentiment to buoy its economy and provide a much-needed push for its ambitious reforms agenda.