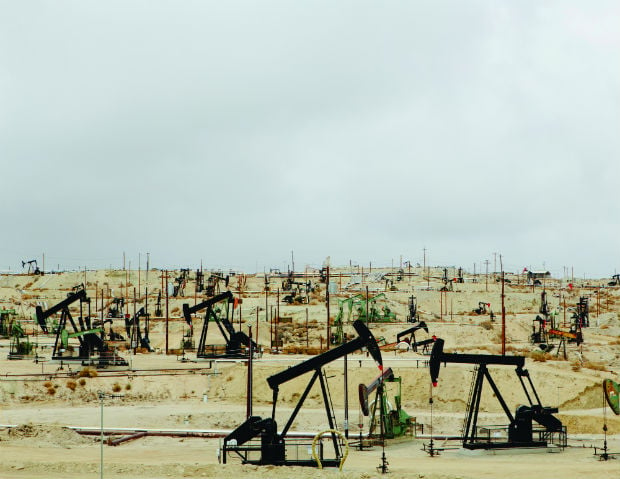 When oil giant Exxon Mobil sold half of its stake in Iraq’s giant West Qurna-1 oil field to Asian investors in August, it marked a watershed moment for the Iraqi oil industry.

As recently as four years ago, Big Oil was clamouring to get a piece of the prolific Iraqi oilfields. Geologically-compliant and near the hungry markets of Europe and Asia, Iraq was the great prize for Big Oil. With reserves of 143 billion barrels of oil – the fifth largest in the world – Iraq is often seen as the last of the low-hanging fruits in the oil world.

Not surprisingly, international majors jumped in when the country issued its first oil license auction in 2008-09. Exxon Mobil, Royal Dutch Shell, BP and Total SA were falling over themselves to get a piece of the opportunity.

However, a number of unaddressed issues have finally caught up with the country’s hydrocarbon’s sector, threatening oil production in the near-term.

The International Energy Agency says Iraq’s oil production will fall below three million barrels per day for the first time in six months. Indeed, it could fall by half a million barrels due to long overdue infrastructure work at its southern terminals.

“Officially, volumes will be curtailed only in September but the fear is the shut- in could drag on for months given the scope of the work as well as the country’s poor record of delivering projects on time,” said the IEA in its August report.

“Once the work is completed, Baghdad expects exports to rise to at least 3.5 million barrels per day. Accordingly, the shut-in export capacity is expected to constrain production levels by a similar amount and may be behind a delay in the planned mid-July start-up of the Majnoon field until later in 4Q13.”

The Iraqi government once expected to raise production to 12 million barrels per day by 2017, rivaling OPEC rival Saudi Arabia, but the Oil Ministry has since tempered its forecast.

The International Monetary Fund predicts a more conservative production forecast of 5.7 million bpd by 2017. “The envisaged production growth can be constrained by delays in onshore infrastructure development, and, in particular, by failure to expand pipeline, storage, and pumping capacity,” the IMF said in a report on the country.

“Furthermore, oil companies continue to report that bureaucratic, logistical and operational constraints are posing significant challenges and delays to project work. In the north, oil exports from Kurdistan are contingent on resolution of the ongoing disputes with federal government over revenue sharing.”

While analysts have tempered their estimates about Iraq’s oil prospects, the country is expected to remain one of the primary drivers of global oil production. Rising Iraqi production is likely to be the largest single source of global oil supply growth over coming years – easily outstripping projected gains from US shale oil, according to most industry estimates.

Iraq has suffered due to a rocky relationship with international oil companies.

In August, the Iraqi Ministry of Oil blamed Shell for delaying work on the 12-billion-barrel Majnoon project.

Shell maintains that infrastructure issues and safety concerns have forced the company to take a longer time than anticipated, pointing out that it had to de-mine 6.5 million square metres of the field, and blamed Iraq’s State Company for Oil Projects for pipeline delays.

It also complained that its request to process gas at Khor al-Zubair was rejected by the ministry.

But the Anglo-Dutch giant is still hopeful of producing 175,000 barrels per day from the giant Majnoon oil field by the end of the year.

In addition, the Iraqi government’s problems with Exxon Mobil over the Kurdistan deals are well documented.

Baghdad has threatened to blacklist companies that sign agreements with the semi-autonomous Kurdistan Regional Government, but a number of companies, including Exxon and France’s Total, have secured deals with the KRG, which is locked in a bitter dispute with the central government over oil rights.

At one stage Exxon had threatened to sell its entire stake in the 500,000-barrel- a-day field on disagreements with Iraq on its Kurdistan deals, but eventually sold half of its stake in West Qurna-1 to PetroChina and Indonesia’s Pertamina.

It looks as if Baghdad’s biggest fear of setting a precedent for other governorates is coming to pass. In September the provincial council of the governorate of Nineveh in the north of Iraq, authorised its governor to sign deals with oil companies without approval from the central government.

The new development could be problematic as Iraq works on a long- delayed hydrocarbon law that hopes to find common path for all the provinces and also appeal to oil and gas companies.

Oil companies are also unhappy about using the technical service contracts that the Baghdad government offers, rather than the more lucrative production-sharing agreements they have secured with KRG.

Not for the first time, the Iraqi government is making some efforts to move away from oil with ambitious capital outlays to invest in its non-oil economy.

In late September, the Iraqi government unveiled a five-year economic plan to move the economy away from the ebbs and flows of the crude oil market. The programme envisions investments of nearly $360 billion over the next five years focused on housing, education, transportation, communications, energy and agriculture. If implemented fully and efficiently, the plan could ignite investment and lift millions of Iraqis out of poverty.

The heavy investment programmes come after the Iraqi parliament recently approved a budget of $118 billion in expenditure, including $45.5 billion in capital spending.

The budget assumes an average of crude oil price of $90 per barrel and exports of around 2.9 million barrels per day, generating revenues of $102.5-billion.

“The export target will remain out of reach, but we expect oil prices in 2013 to be higher than the budgeted level, and the government is likely to undershoot its spending plans, hence Iraq will just avoid recording a budget deficit,” the EIU warned.

For all its flaws, the country is expected to grow by nine per cent this year, and post-average annual growth of eight to nine per cent until 2018. However, risks to the macroeconomic outlook remain high, says the IMF.

“They include inadequate policy implementation; a deteriorating political and security situation; a larger-than- projected decline in global oil prices; and delays in developing Iraq’s oil fields and oil export capacity.”

Iraq’s economy is hostage to a number of political challenges.

Security issues, lack of reforms and regional tensions have left the country with a number of political challenges at a time when it requires national stability to help attract investment.

“Issues surrounding federalism and the status of ‘disputed territories’ in the north of the country, bordering the areas administered by the KRG, are increasingly at the forefront of political discourse,” said the Economist Intelligence Unit.

“Disputes over payments by the central government to oil companies operating in the KRG-administered area continue to blight relations. This dispute prompted Kurdish parties to boycott the parliamentary vote on the 2013 budget.”

The Syrian war is also hurting Iraq, as it’s caught in a struggle between various sectarian factions.

“Syria is the most divisive foreign policy issue facing Iraq. But instead of making a concerted effort to help bring about a political solution to a crisis that is of paramount importance to the future of their country, both the [Iraqi] government and the opposition seem resigned to pursuing a reactive approach, even as non-state Iraqi groups become actively involved on both sides of Syria’s conflict,” said Jane Kinninmont, Gareth Stansfield and Omar Sirri, analysts at Chatham House, in a report on the country.

The United Nations reported 800 deaths in Iraq in August alone, as the international community urged the government to implement broad-reaching reforms to placate anger in the Sunni Muslim community, which they say is the root cause of the violence.

“The origins of the crisis run deep,” said the International Crisis Group. “Throughout his seven-year tenure, Prime Minister Nouri al-Maliki has implemented a divide-and-conquer strategy that has neutered any credible Sunni Arab leadership.”

The sectarian challenges and other political challenges have distracted the authorities from focusing on a major overhaul of the economy after decades of sanctions, wars and conflict.

Despite the range of issues facing the country, a clutch of international banks are still eyeing Iraq’s potential.

While HSBC is looking to wind up its Iraqi operations to cut costs globally, Citibank Group said it is planning to open a representative office in Baghdad to meet its customers’ needs.

“Iraq is an important market, with an economy that has substantial potential over time,” said James Cowles, Citi’s CEO for Europe, the Middle East & Africa. “Having a presence in Iraq will position us to better attune our services to the banking needs of our clients as they grow and develop their businesses in the country”.

The banks are lured by the promise of major infrastructure projects such as the recently unveiled plan to invest $357 billion in the country.

Indeed, rapid and well-directed investment in housing, electricity, power, healthcare and infrastructure means Iraq could emerge as an investment magnet in the Middle East.

But financing has never been an issue for oil-rich Iraq; it’s the inability of its politicians to collaborate that has impeded the nation’s growth.

Indeed, financing the physical building blocks will be the easy part compared to the tough task of healing rifts in the divided country.