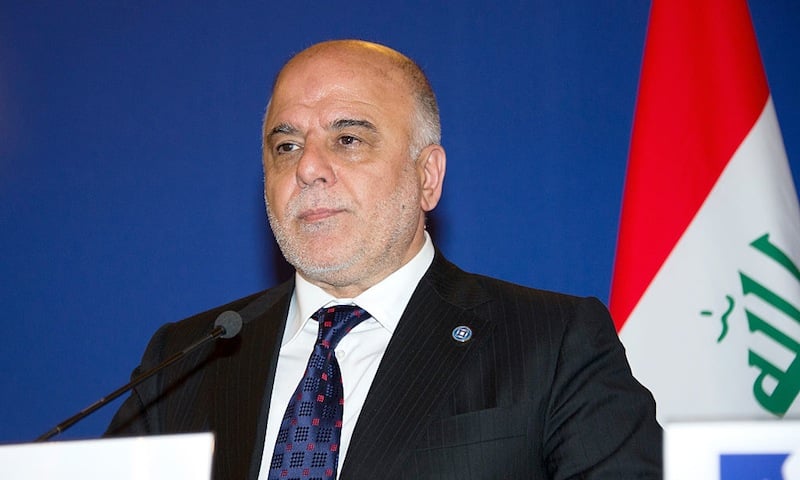 Iraq’s Prime Minister Haider al-Abadi headed on Monday to Saudi Arabia, the first leg of a Middle East tour that will also include Iran and Kuwait, in a diplomatic effort to foster regional reconciliation, his office said.

Abadi’s visit to Saudi Arabia aims to promote reconciliation between the Sunni Muslim kingdom and majority Shi’ite Iraq and also to help heal deep and bitter divisions between Iraq’s Shi’ites and its Sunni Muslim minority.

Abadi had been due to visit Riyadh last week but postponed his trip to avoid appearing to take sides in a diplomatic dispute that erupted between Qatar and several other Arab states including Saudi Arabia, officials have said.

Qatar is facing a severe economic and diplomatic boycott by Saudi Arabia and its regional allies, which accuse Doha of funding terrorism, fomenting regional unrest and cosying up to their enemy Iran. Qatar denies the charges.

Abadi’s meeting with King Salman of Saudi Arabia will be their second meeting this year as the neighbours try to heal a rift over Iraq’s alliance with Shi’ite Iran.

“We don’t want to be part of any axis,” Abadi said as he left Baghdad, referring to an Iran-led Shi’ite regional coalition and a Saudi-led Sunni coalition.

“We want to coordinate with these states to continue fighting terrorism,” Abadi said, referring to Islamic State, the hardline Sunni group which controls parts of Iraq and Syria, and has claimed attacks in Iran, Saudi Arabia and other countries.

Iraq lies on the fault line between Shi’ite Iran and the mainly Sunni Arab world. Deep-running animosity and distrust between the two sides is fuelled by sectarian divides.

Tensions have escalated as Iran, by leveraging its ties with Iraq’s Shi’ites, emerged as the main power broker in Iraq after the United States withdrew its troops in 2011.

King Salman and Abadi last met in March on the sidelines of an Arab summit. In February Saudi Foreign Minister Adel Al-Jubeir made a rare visit to Baghdad in February.