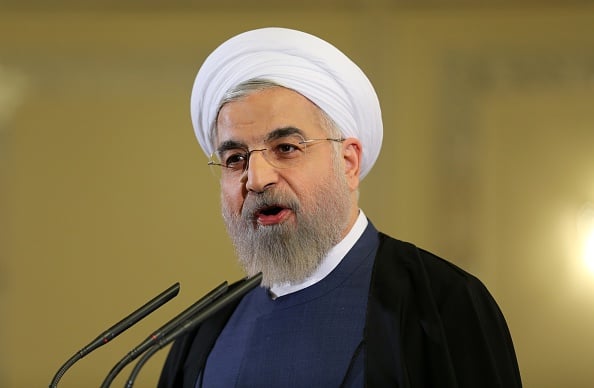 Iranian President Hassan Rouhani on Sunday condemned as “flagrant U.S. aggression on Syria” a U.S. missile strike on a on a Syrian air base this week and criticised Gulf Arab states for supporting it, state television reported.

Rouhani called on Saturday for an impartial investigation of the suspected chemical weapons attack in Syria which killed at least 70 people, and he warned that the U.S. strikes in response risked escalating extremism in the region.

In a phone call with Syrian counterpart Bashar al-Assad, Rouhani told him, “Allegations that Syria launched the chemical attack were just a pretext to disrupt the Syrian peace process”, according to Press TV.

The Syrian state news agency SANA said Assad told Rouhani the Syrian people and army were “determined to crush terrorism in every part of Syrian territory” – a reference to rebels and militants fighting his rule for six years – and thanked him for Iran’s support for “the Syrian nation”.

“Unfortunately, there are countries in our own region which encourage America’s acts of aggression,” Rouhani said in remarks carried by state television. “Your turn will come too.”

Saudi Arabia hailed the strike as a “courageous decision” by President Donald Trump and a Saudi ally, the United Arab Emirates echoed that support. Both countries belong to the U.S.-led coalition fighting ISIL militants in Syria.