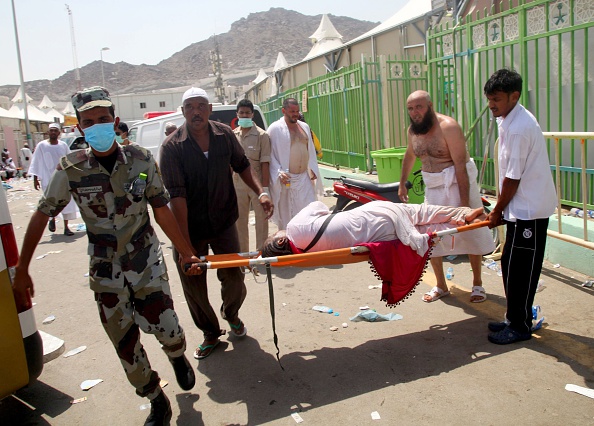 Iran’s Supreme Leader Ayatollah Khamenei on Wednesday accused Saudi Arabia of hampering the transfer of bodies of Iranian pilgrims killed in a crush at haj last week, adding fuel to a growing spat over the disaster in which nearly 800 people died.

Iran has been the most vocal in its criticism of Saudi Arabia for the disaster last Thursday, in which at least 239 Iranians were killed. Tehran says 200 of its pilgrims are still missing.

Iranian officials say Saudi Arabia has not done enough to identify and transfer the bodies of the victims to Iran. Iranian Deputy Foreign Minister Hossein Amir Abdollahian said on Wednesday that the country will not allow a single Iranian to be buried in Saudi Arabia.

“Saudi Arabia failed to help the injured and are causing trouble in transfer of the bodies to Iran … the slightest disrespect to Iranians will be met with a harsh reaction from us,” Khamenei told graduates of the Iranian Army’s military academies in the city of Noshahr.

“We have shown self-restraint so far, but the Saudis should know Iran is more powerful and has more capabilities and they cannot compete with us in any front,” he added.

Iranian officials have said the overall total death toll in the crush on Thursday near Mecca is more than 1,000. Saudi Arabia has confirmed the deaths of 769 people.

Senior officials including President Hassan Rouhani and the speaker of the parliament have publicly condemned the Saudi authorities and called for an investigation. The supreme leader has called on the kingdom to apologise.

“Representatives from Iran and the Islamic world should go to Saudi Arabia and investigate the cause of the haj incident,” Khamenei was quoted as saying by Fars news agency.

The supreme leader of the Shi’ite theocracy, which is an arch foe of Sunni Muslim bastion Saudi Arabia, also compared the kingdom to pagans who ruled the Arabian Peninsula before the advent of Islam in the seventh century. The comment is a slight to the monarchy which sees itself as the guardian of Islam’s holiest sites at Mecca and Medina.

The crush – the deadliest to befall the annual rite in Saudi Arabia for a quarter of a century – happened as two large groups of pilgrims converged at a crossroads outside Mecca on their way to perform the “stoning of the devil” nearby.

“I think what Iran has said contradicts the principle of sovereignty and lack of interference in others’ affairs.”

Saudi Arabia says it is investigating the disaster and will soon publish its findings.