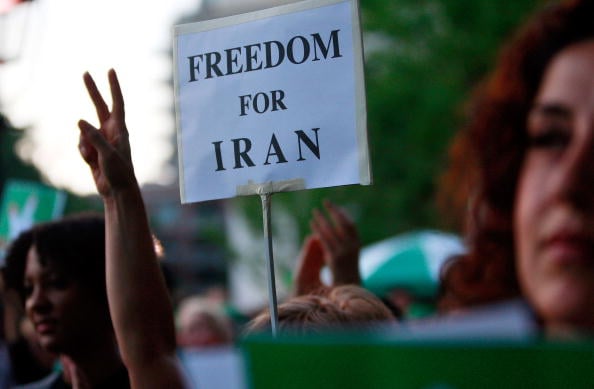 Twice in less than a year, Neda’s ambitions to study outside her native Iran have been wrecked by the collapse of the country’s currency.

She and thousands of other students have watched helplessly as Western sanctions, and the abolition of a government policy that helped students meet their costs, have made a foreign degree so expensive as to be nearly impossible.

With the support of her parents, Neda was first set to go to northern Cyprus in January to study communications. But U.S. sanctions against Iran’s central bank prompted a slide in the rial’s exchange rate that month, putting the $1,500 per semester tuition out of reach of her upper middle class family, an indication of how the squeeze is affecting even the well-off.

“I had been accepted to the school and everything was ready to go,” said Neda, 27, speaking to Reuters by telephone from Iran. “But when foreign currency became so expensive, I had to cancel my plans.”

Neda then planned to go abroad for this year’s autumn semester. But the sanctions, imposed over Iran’s disputed nuclear programme, triggered another plunge.

The currency lost about a third of its value against the U.S. dollar in 10 days in September and October as the sanctions cut Iran’s hard currency earnings from oil exports.

Neda now says she will remain in Iran for the time being.

“This term especially my parents were encouraging me to go before things get any worse in Iran,” said Neda, who like others interviewed for this article did not want her full name used because of the political sensitivity of the situation.

Around 35,000 Iranian students are believed to be studying abroad this year, according to government figures, providing the economy with important skills and maintaining a link between the country and the rest of the world as it becomes increasingly isolated internationally.

Iranian students have continued to go overseas in the last several years even as relations between Tehran and the governments of their host countries have deteriorated. Many top officials have attended universities abroad. Foreign Minister Ali Akbar Salehi studied at the Massachusetts Institute of Technology and Mohammad-Javad Larijani, head of Iran’s human rights council, was at the University of California.

Places at Iran’s top public universities, determined by a national entrance exam, are extremely competitive and lucrative fields such as medicine are difficult to get into.

Studying abroad for those whose families can afford it can be a different avenue to earning a prestigious degree, putting students in line for the best jobs when they return home.

But the Iranian government, moving the economy onto an austerity footing in the face of sanctions, appears increasingly to view foreign study as a luxury that can be sacrificed.

In a move to preserve its foreign exchange reserves, the government announced last month that most students abroad would no longer be able to buy dollars at a subsidised government “reference” rate of 12,260 rials.

That forced many to seek hard currency in the open market, where it costs about 34,000 rials to buy a dollar.

“We have the capacity to educate students inside the country, and except when it is urgent, there is no need for our foreign exchange to exit the country,” Economic Minister Shamseddin Hosseini said on state television in September.

At the end of last year, Iran had official foreign reserves of $106 billion, according to the International Monetary Fund. Their current level is a secret, but some analysts estimate they may have dropped by several tens of billions of dollars as the sanctions cut Iran’s oil income.

Even if the coffers are emptying, some argue that subsidising young people to study abroad is not all that expensive for the government.

A Ministry of Education official, Hassan Moslemi Naeini, estimated in October that around $335 million sold to students at the subsidised rate would provide for their needs, arguing that this is a tiny percentage of Iran’s total foreign exchange expenditures, the Mehr news agency reported.

The policy shift has devastated the budgets of Iranian students around the world and their families at home.

“I can’t even focus on my studies because every second I’m calculating how much the dollar is now and how much it will be tomorrow,” said Reza, 22, who is studying medicine in Hungary.

He was able to get hold of hard currency at the government rate to pay his $14,000 tuition this year, but fears that if the rial falls any further, he will be forced to abandon his studies and return to Iran.

“My motivation is my family. My father arranged things for me so that I was able to come here and achieve my dreams. But because of this situation, I’m not sure I’ll be able to reach them,” he said.

The number of Iranian students in Kuala Lumpur has also dropped in recent months, and normally bustling Iranian restaurants in the Malaysian capital are now empty, said Siavash, 32. He is pursuing a business degree in Malaysia at a cost of around 6,500 ringgit ($2,130) per semester.

Malaysia, with its relaxed visa policy for Iranians, has attracted thousands of students and businessmen in recent years. As of 2010, more than 70,000 Iranian nationals were living in Malaysia, according to Iranian foreign ministry figures.

“We had a neighbour who came this year to start her classes. She came with so much hope and her whole family was proud,” Siavash said. “She left just last week. She sold her belongings and went back to Iran.”

Several students said they felt betrayed by the change in government policy, and do not believe the central bank does not have sufficient reserves to sell them cheap dollars.

Reza pointed to President Mahmoud Ahmadinejad’s September trip to New York to attend the United Nations General Assembly, which generated controversy when it was revealed he travelled with a delegation of more than 100 people.

There has also been public disgust over claims in parliament that 750 luxury cars have been imported illegally this year with cheap dollars, which are supposed to be used for vital goods such as food and medicine.

“Why are they providing exchange for luxury cars and not for students who just want to study?” Reza asked. “These students want to go back to Iran and serve their country.”

Some students complain that the rial’s impact on their lives shows the sanctions have inflicted the most damage on young, middle-class, Western-oriented Iranians – a group which the U.S. and European governments should want to help.

“Only the people and society feel these pressures.”

There are signs that the students’ plight is adding to public discontent with Ahmadinejad, however. More than 2,000 Iranians studying abroad signed a letter to him protesting at the government’s policy toward students, the opposition news website Kalame reported in October.

A few dozen family members of students abroad demonstrated in front of the central bank last week and delivered a letter to officials inside, an organiser of the protest said.

The government has so far shown little sign of compromising, though officials recently indicated students would be able to buy dollars at a new “foreign exchange centre” which serves importers of basic goods. Dollars sell there for around 25,000 rials, but businessmen have already complained of shortages.

Some Iranian students say the currency crisis has caused them to wonder whether they should return to Iran at all.

“When I left Iran, I swore I would go back,” said Hasan, who came to the United States in 2011 to study industrial engineering on a university scholarship. “Now it is less likely that I will return. There is no stability.”

Neda said if she manages to save enough money from her job as a photographer, she will try again to pursue her studies abroad, where she says the universities are better in her field than the ones at home.

“Before, I wanted to go abroad to study and come back to Iran,” she said. “But with the situation how it is right now, I would prefer to go to any other country.”