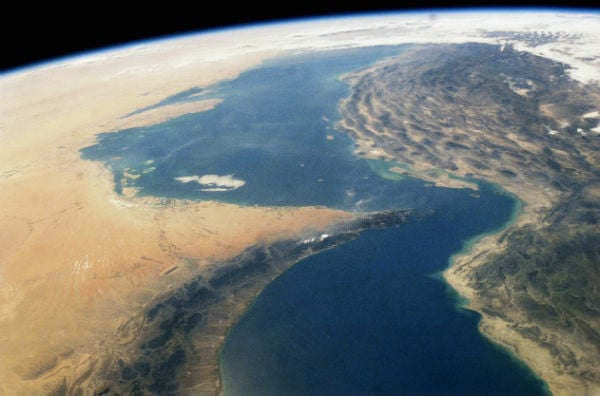 Iran warned the United Arab Emirates on Tuesday it would consider cutting diplomatic ties if the federation pressed its claim to three disputed tiny Gulf islands which both countries say are theirs, Iranian media reported.

The three islands of Abu Musa and Greater and Lesser Tunb sit near important oil shipping channels at the mouth of the strategic Strait of Hormuz and were claimed by the U.S.-backed Shah of Iran in 1971, just before the seven Gulf emirates won independence from Britain and formed the UAE.

Iran has said its sovereignty over the three islands is non-negotiable and Iranian Foreign Ministry spokesman Ramin Mehmanparast said on Tuesday Iran would consider downgrading ties with the UAE if it continued to make claims.

“If the baseless anti-Iranian claims reach a point where national interests lie in lessening or cutting political relations, this step will be taken with consultation and based on expert analysis,” Mehmanparast was quoted as saying by parliamentary news agency Icana.

“The Islamic Republic of Iran stands firm in defence of its territorial integrity,” he said.

“We hope the Iranian government will deal with this sensitive and important issue in a positive and just manner,” he said while visiting New York for the United Nations General Assembly, according to UAE state news agency WAM.

The 41-year-old dispute between Shi’ite Iran and the Sunni UAE has nationalist and ethnic overtones and has been inflamed in recent months after Iranian President Mahmoud Ahmadinejad visited Abu Musa in April.

In response, the UAE recalled its ambassador from Tehran for consultations, calling the visit a “flagrant violation” of its sovereignty.