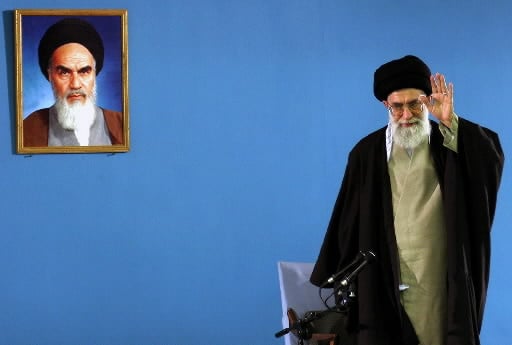 The United States and long-time arch-foe Iran agree on at least one thing ahead of Tuesday’s negotiations on a long-term nuclear deal – reaching an agreement will be very difficult, if not impossible.

Iran’s Supreme Leader Ayatollah Ali Khamenei, the man who has the final say on all matters of state in the Islamic Republic, declared again on Monday that talks between Tehran and six world powers “will not lead anywhere.”

Hours later a senior U.S. administration official also played down expectations, telling reporters in the Austrian capital that it will be a “complicated, difficult and lengthy process” and “probably as likely that we won’t get an agreement as it is that we will.”

Their remarks came on the eve of the first round of high-level negotiations since an interim deal was struck on Nov. 24 under which Tehran curbed some nuclear activities for six months in return for limited sanctions relief to allow time for a long-term agreement to be hammered out.

Despite his scepticism about the chances for a lasting deal with the West, Khamenei made clear Tehran was committed to continuing the negotiations between Iran and Britain, China, France, Germany, Russia and the United States.

“What our officials started will continue. We will not renege. I have no opposition,” he told a crowd in the northern city of Tabriz on Monday to chants of “Death to America”.

If successful, the negotiations could help put an end to years of hostility between Iran and the West, ease the danger of a new war in the Middle East, and open up vast new possibilities for Western businesses.

During a decade of on-and-off negotiations with world powers, Iran has rejected allegations by Western countries that it is seeking a nuclear weapons capability. It says its nuclear work is for power generation and medical purposes.

Tehran has defied U.N. Security Council demands that it suspend uranium enrichment and other sensitive activities, leading to a crippling web of U.S., EU and U.N. sanctions that has severely damaged the oil-producing nation’s economy.

Khamenei’s decision to pursue negotiations with the six powers in spite of the scepticism he shares with his hard-line supporters, diplomats and analysts say, is a result of Iran’s worsening economic conditions.

The goal of the talks for the United States and its European allies is to extend the “breakout time” that Iran would need to produce enough fissile material for a bomb.

For that goal to be achieved, experts and diplomats say, Iran would have to restrict enriching uranium to a low fissile concentration, stop most of its centrifuges now used for such work, limit nuclear research, and submit to highly intrusive monitoring by U.N. inspectors.

Khamenei and other Iranian officials have repeatedly made clear that such reductions of its nuclear capacities would be unacceptable.

Western governments appear to have given up on the idea, enshrined in a series of United Nations Security Council resolutions since 2006, that Iran should halt entirely the most controversial aspects of its programme – all activities related to the enrichment of uranium and production of plutonium.

Diplomats privately acknowledge that Iran’s nuclear work is now too far advanced for Tehran to agree to dismantle it completely.

But while Iran may keep a limited enrichment capacity, the West will seek guarantees that mean any attempt to build a nuclear bomb would take long enough for it to be detected and stopped, possibly with military action.

The talks in Vienna begin on Tuesday and are expected to last for several days. Senior officials from the six powers will meet with an Iranian delegation led by Foreign Minister Mohammad Javad Zarif and his deputy Abbas Araqchi.

European Union foreign policy chief Catherine Ashton coordinates the negotiations on behalf of the six powers. The talks will be the first in what is expected to be a series of meetings in the coming months.

While cautioning the talks would take time, the U.S. official said Washington does not want them to run beyond a six-month deadline agreed in the November deal. The late July deadline can be extended for another half year by mutual consent.