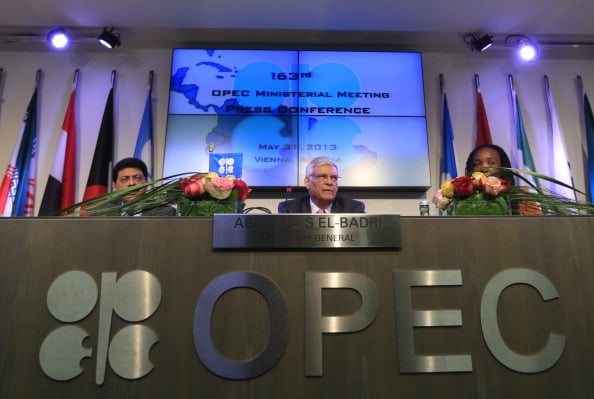 Bijan Zanganeh returns this week to the same Vienna hotel suite he last occupied eight years ago as Iranian oil minister, ready to prepare OPEC for what Tehran hopes will mark its return to the rank of the cartel’s second biggest producer.

Emboldened by its nuclear deal with the West, Iranian oil negotiators led again by industry veteran Zanganeh, will seek to reassert Tehran’s authority in the Organization of the Petroleum Exporting Countries at a Wednesday meeting.

Western sanctions imposed in 2012 on Iran for its nuclear programme have cost it dearly, losing it billions of dollars in oil revenues and market share in OPEC – largely to its main regional political rival Saudi Arabia, and neighbour Iraq.

With its exports still shackled by sanctions for at least another six months, Iran poses no immediate threat to the status quo. Oil ministers are widely expected to roll forward until June an agreement to hold their output near 30 million barrels daily for 12 member countries.

But oil traders will be watching closely for signs of cooperation, or otherwise, between the big three producers in OPEC, knowing that Riyadh and Baghdad will need to find room for Iran should its interim nuclear deal be verified and sanctions lifted.

“We expect the Iranians to say, ‘We’re coming back to the market and we need some space,'” said an OPEC delegate from a rival Gulf Arab producer.

Rising volumes from the United States spurred by production from new shale technology may mean OPEC will need to cut output in the second half of 2014 if it wants to keep oil prices above $100 a barrel.

“From now until the end of March, the market looks well balanced and the price should stay supported. But from June, there will be a need for a cut,” said a senior OPEC delegate.

“The onus would be on Saudi Arabia and a few other Gulf producers to rein in the incremental output they put into the market,” said Samuel Ciszuk, oil analyst at the Swedish Energy Agency.

Because of sanctions, Iran’s output is down a million bpd since the start of 2012 to 2.7 million bpd while Iraq, recovering from years of war and sanctions under Saddam Hussein, has boosted production to nearly 3 million bpd.

“Iran’s position has been strengthened after the Geneva deal, but there is still a long way to go,” said energy consultant Mehdi Varzi, formerly of state National Iranian Oil Company.

“The bottom line is the Iranians don’t want to rock the boat and put $100 oil under threat, so they need the cooperation of the Saudis.”

Oil prices now near $110 a barrel are close to ideal for Saudi Arabia, OPEC’s most influential producer because of its one-third share of group output, and its position as the only producer globally that keeps any significant spare capacity.

Riyadh pumped at record levels above 10 million bpd when sanctions were imposed on Iran and to fill the gap left by post civil war disruption in Libya, throttling back a little recently to support prices.

The relationship between the oil ministers of Saudi Arabia and Iran is key to policy-making in the often-quarrelsome OPEC.

But Zanganeh, who served as oil minister under Iran’s reformist government from 1997-2005, and his trusted aide, Hossein Kazempour Ardebili, are respected within OPEC and will want to be at the centre of negotiations.

Iran’s oil minister under former President Ahmadinejad was Rostam Qasemi a former commander of the Revolutionary Guard’s engineering wing, Khatam al-Anbia and did not play a significant role at OPEC.

“Saudi Arabia and Iran don’t trust each other,” said Varzi, “But the Saudis will not gratuitously raise tensions within OPEC.”

The combination of a renaissance for both Iran and Iraq, also Shi’ite-led, are causing jitters for Riyadh, concerned that its long-standing bond with the United States is in jeopardy.

“Saudi Arabia is worried that the United States is drawing closer to Iran, after the Geneva talks and it fears it could be losing its strategically important position in U.S. eyes should the detente continue,” said Ciszuk.

Zanganeh has already been in contact with the big Western oil companies who would invest in Iran once sanctions are lifted. But a rapid recovery in output is unlikely.

Peter Wells of geological consultancy Neftex, who has worked in Iran, said it could probably raise output to 3 million to 3.5 million bpd within six months of the lifting of sanctions but would struggle beyond 4 million bpd.

“In the long term, Iran won’t be able to keep up with Iraq no matter how many companies pile in and invest,” Wells said. “The country’s fields have been in production for a long, long time.”

OPEC may fail again to agree to appoint a new secretary general to replace the long-standing Libyan Abdullah al-Badri.

Iran and Saudi both have candidates and neither will give way.

“Certainly we will not let those countries that are oppressive against Iran to take the role of the secretary general,” Zanganeh said in September.