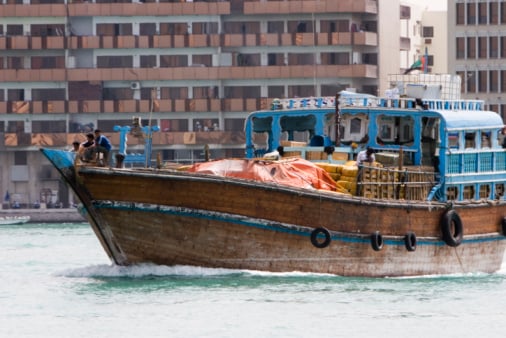 Iran has detained 12 United Arab Emirates nationals and one Indian who were aboard two boats which crossed into what Iran claims as its territorial waters in the Gulf, the English-language Press TV reported on Thursday.

“The (Iranian) forces at Abu Musa Marine Patrol Base detected two intruding UAE vessels while fishing in the Persian Gulf waters and issued the order for capturing them,” Press TV quoted base commander Colonel Ali Vesali as saying.

Vesali said those arrested were transferred to a military dock, without giving further details.

Political relations are strained between the two oil-rich countries which face each other across the Gulf.

The three islands of Abu Musa and Greater and Lesser Tunb are claimed by both countries but have been held by Iran since 1971, shortly before the seven Gulf emirates gained full independence from Britain and formed the UAE, now allied with Washington.

In May, the United Arab Emirates criticised a visit by Iranian lawmakers to the disputed islands.