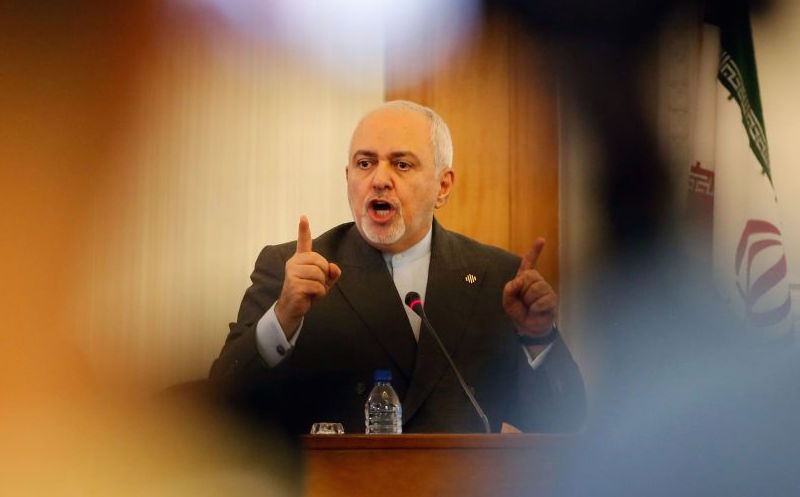 Iran told European powers on Monday it would further reduce compliance with its 2015 nuclear deal in about a month’s time if they were still failing to protect it from crippling U.S. sanctions, reimposed after Washington exited the deal.

European signatories to the deal have so far been helpless to prevent U.S. President Donald Trump trying to force Iran to accept stricter limits to its nuclear activity and regional behaviour by strangling its vital oil trade.

Iran has threatened to block all energy exports out of the Strait of Hormuz, through which a fifth of global oil traffic passes, if it is unable to sell oil as promised by the 2015 deal in exchange for curbing its uranium enrichment programme.

“With the continuation of the inaction of the Europeans in carrying out their commitments (to the nuclear deal) … Iran will take a third step (in reducing commitments) in approximately one month,” said Behrouz Kamalvandi, spokesman for the Atomic Energy Organization of Iran.

Iran had increased its stockpile of heavy water above 130 tonnes and its reserve of enriched uranium above 300 kilograms, Kamalvandi told IRIB news agency.

The deal – designed to forestall Iran making high-enriched uranium suitable for nuclear bombs in short order – permitted a maximum reserve of 300 kilograms of low-enriched uranium. It also set a cap of 130 tonnes of heavy water, which in large quantities can yield plutonium, an alternative atom bomb fuel.

“What is certain is that by putting aside or suspending our commitments we will increase the speed of our nuclear activities,” said Kamalvandi.

He did not specify what Iran’s next step would be, but Tehran warned last month it could reactivate centrifuge machines and ramp up enrichment of uranium to 20 per cent fissile purity.

The deal set an enrichment ceiling of 3.67 per cent, the level deemed as appropriate for electricity generation and far below the 90 per cent of weapons grade, though 20 per cent would mark a big advance significantly reducing the time needed to yield bomb material.

It has long denied seeking a nuclear bomb but appears to be cranking up enrichment levels gradually as leverage to push the nuclear deal’s remaining parties to do more to save it.

All Iran’s steps, he said, were reversible if Britain, France, Germany, Russia and China eventually brought it protection from Washington’s sanctions squeeze.

Fears of a Middle East war with global repercussions have risen since Trump withdrew in May 2018 from the nuclear deal embraced by predecessor Barack Obama and revived a panoply of sanctions meant to force Tehran into wider security concessions.

Oil tanker traffic through the Strait of Hormuz has become the focus for the increasingly tense U.S.-Iranian standoff and the Trump administration has beefed up its military presence in the Gulf since May.

On Monday, Iran declared that it ran security in the strait and would no longer tolerate “maritime offences” there, a day after the Islamic Republic said it had seized a second oil tanker near the strategic waterway that it accused of smuggling fuel.

On Sunday, Iran’s elite Revolutionary Guards Corps diverted the Iraqi tanker to its shores and detained its seven crew, state media reported. Guards commander Ramezan Zirahi was quoted as saying it was carrying 700,000 litres of fuel.

“Iran used to forgo some maritime offences in … (the) Gulf but will never close (its) eyes anymore,” Foreign Minister Mohammad Javad Zarif told a televised news conference in Tehran.

“Iran is responsible for the security and safety of the Strait of Hormuz and the region.”

Zarif also criticised U.S. sanctions imposed on him on Wednesday, saying Washington had slammed the door to any diplomacy to salvage the 2015 nuclear deal.

Strains between Washington and Tehran have sharpened since the spring. In June, Iran’s downing of a U.S. surveillance drone triggered preparations for a U.S. retaliatory air strike that Trump called off at the last minute.

“Iran will leave its nuclear deal with the powers if necessary,” Zarif said. Iran has so far rejected calls by the Trump administration to negotiate a new deal.

He also labelled as “piracy” the seizure by Britain in July of an Iranian oil tanker near Gibraltar, that London accused of violating European Union sanctions on Iran ally Syria.

“Britain has been complicit in the U.S. economic terrorism against Iran,” Zarif said.