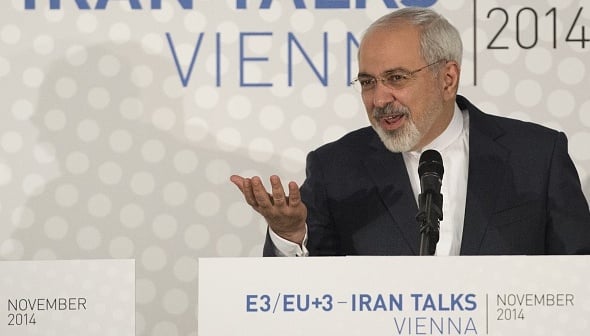 A deal on Iran’s nuclear programme could be concluded this week if the United States and other Western countries have sufficient political will and agree to remove sanctions on Tehran, Iranian Foreign Minister Mohammad Javad Zarif said on Monday.

He told reporters that that Iran, whose disagreement with six world powers over how fast sanctions should be dropped is one of the main obstacles to a final nuclear accord, had demonstrated its political will by bringing its highest authorities to the talks and leaving “no stone unturned”.

Asked about his expectations for talks this week with U.S. Secretary of State John Kerry, Zarif said things were advancing. “We have made some progress since last time and if there is the political will to accept that an agreement and sanctions cannot go together, then we can have an agreement this time.”

The objective of the negotiations is a deal that ensures Iran’s nuclear programme is exclusively peaceful and also ensures that all sanctions are lifted, Zarif said.

Asked if what the West sees as the possible military dimensions of Iran’s nuclear activity had been discussed, Zarif said: “We talked about all the issues we were supposed to talk about.” Iran denies seeking nuclear energy for bomb purposes.