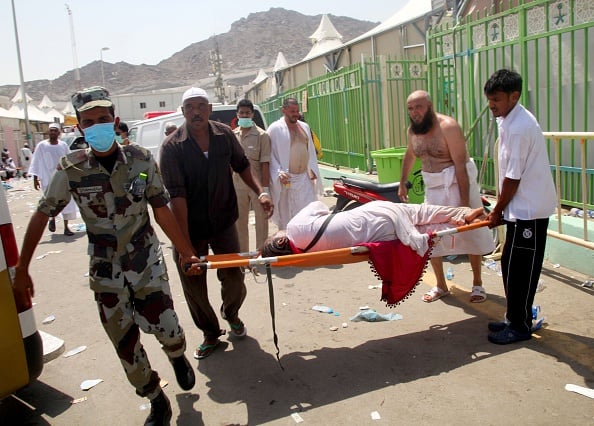 Iranian Supreme Leader Ayatollah Ali Khamenei renewed criticism of Saudi Arabia over how it runs the haj after a crush last year killed hundreds of pilgrims, and suggested Muslim countries think about ending Riyadh’s control of the annual pilgrimage.

Saudi Arabia accused Iran, its main regional rival, of seeking to politicise this month’s event, saying in turn on Monday that Iran was compromising safety with its actions.

“The Iranian authorities are the ones who don’t want the Iranian pilgrims to come here for reasons concerning the Iranians themselves and in light of them seeking to politicise haj and turn it into rituals against Islam’s teachings and that compromise the safety of haj,” the state news agency SPA quoted Saudi Arabia’s Crown Prince Mohammed bin Nayef as saying.

He was reviewing preparations the pilgrimage that starts on Sept. 11.

Custodian of Islam’s most revered places in Mecca and Medina, Saudi Arabia stakes its reputation on organising haj, one of the five pillars of Islam which every able-bodied Muslim who can afford to is obliged to undertake at least once.

Riyadh said 769 pilgrims were killed in the 2015 disaster – the highest haj death toll since a crush in 1990. Counts of fatalities by countries who repatriated bodies showed that over 2,000 people may have died in the crush, more than 400 of them Iranians.

“Because of these (Saudi) rulers’ oppressive behaviour towards God’s guests (pilgrims), the world of Islam must fundamentally reconsider the management of the two holy places and the issue of haj,” Khamenei said in a message carried by his website and Iran’s state media.

“They must not let those rulers escape responsibility for the crimes they have caused throughout the world of Islam,” Khamenei said, listing Saudi Arabia’s involvement in conflicts in areas including Iraq, Yemen and Syria on the side of forces Iran opposes.

Riyadh accuses Tehran in turn of destabilising Arab states and spreading sectarianism by backing militias in Syria, Lebanon, Iraq and Yemen and fomenting unrest in Bahrain and Saudi Arabia. Iran denies those charges.

Iran blamed the 2015 disaster on organisers’ incompetence. Pilgrims from Iran will be unable to attend haj, which starts on Sept. 11, this year after talks between the two countries on arrangements broke down in May.

Read more: Iranians will be unable to perform haj this year

“What Iranian media and some Iranian officials are raising is not objective and they know before anyone else that the kingdom has given the Iranian pilgrims what it gave others,” Prince Nayef said.

An official Saudi inquiry has yet to be published, but authorities suggested at the time some pilgrims ignored crowd control rules.