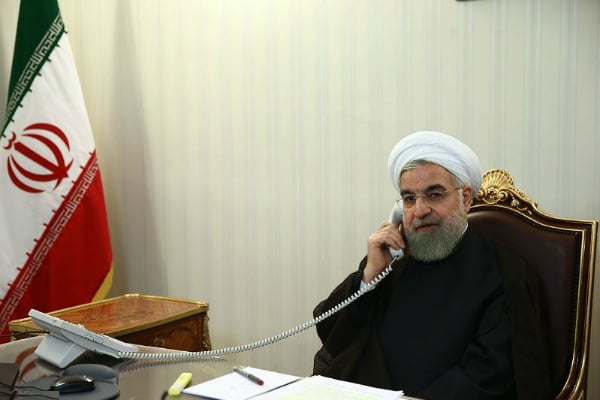 Iranian President Hassan Rouhani has said the country is willing to cooperate with Qatar on construction projects for the 2022 football World cup amid a boycott from its Gulf neighbours.

Iran and Turkey have sided with Qatar in a regional dispute that has seen Bahrain, Egypt, Saudi Arabia and the UAE sever trade, transport and diplomatic ties with Doha since June 2017 over its alleged links to terror groups.

During the call the two discussed business incentives for investors in the two countries, strengthening port and maritime cooperation and establishing a joint shipping line after the boycotting countries closed their ports to goods destined for Qatar.

“Iranian companies are ready to cooperate in construction projects in Qatar that will host World Cup 2022,” Rouhani said, according to IRNA.

Other topics discussed by the leaders included the US decision to withdraw from the Iran nuclear deal and impose new sanctions.

IRNA said Qatar was opposed to the plans and escalation between Iran and the US.

Sheikh Tamim expressed a willingness “to develop all-out ties with the Islamic Republic of Iran” and thanked the country for helping Qatar to source food and other goods after the boycott was imposed, according to the report.

The call may anger the four boycotting nations who have demanded Qatar sever ties with Iran and close broadcaster Al Jazeera to restore relations.

More than a year after the Qatar boycott began it has shown little sign of ending with Bahrain earlier this month announcing it would stop issuing new visas to Qatari nationals.

Separately, Qatar has filed a legal case against the UAE at the United Nations’ International Court of Justice accusing it of taking administrative steps to remove Qataris.

In response, Bahrain, Egypt, Saudi and the UAE have filed their own case with the court regarding a sovereign airspace dispute and reported interceptions of UAE commercial jets by Qatari fighters.