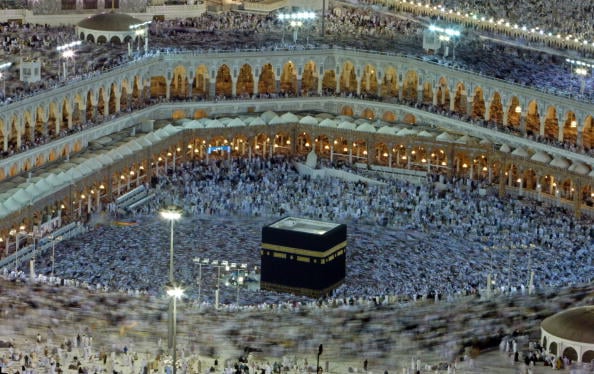 Iranian officials plan to visit Saudi Arabia to discuss arrangements for the forthcoming Hajj pilgrimage to Makkah in a rare meeting between the nations.

Iran’s official Islamic Republic News Agency quoted the head of the country’s Hajj organisation Saeed Ohadi as claiming that Saudi authorities had invited a delegation to Riyadh on Thursday, April 14 to discuss the annual pilgrimage which is expected to fall in September.

The delegation is expected to discuss attendance arrangements for Iranians as well as compensation for the relatives of 461 Iranians who died during a stampede during 2015’s Hajj, said Ohadi.

More than 2,400 pilgrims from more than 30 countries are reported to have died during the crush in a count by The Associated Press – one of the deadliest events in the history of the Hajj. The majority of pilgrims who died came from Iran.

The tragedy increased tensions between Saudi Arabia and Iran who have long been at odds due to their following different sects of Islam; Saudi Arabia being Sunni, Iran being Shiite. The two nations are also accused of engaging in proxy wars across the Middle East.

The meeting between officials is aimed at finding a mutual agreement allowing Iranian pilgrims to visit Makkah, though the visit has not yet been acknowledged by Saudi Arabia.