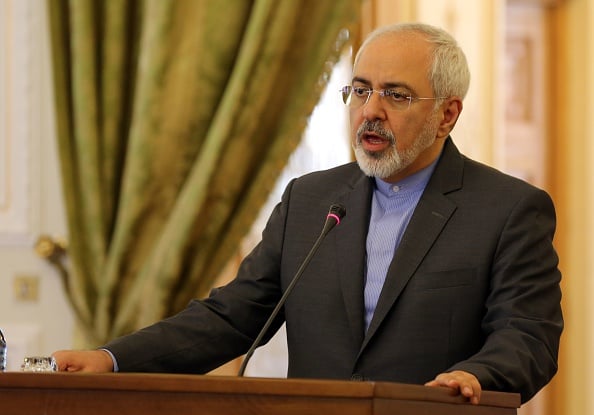 Iran’s Foreign Minister Mohammad Javad Zarif discussed how to advance Yemeni peace efforts with his Omani counterpart on Tuesday, Iranian media reported, on a visit to a country that has often played a conciliatory role in Gulf conflicts.

Speaking after talks in Muscat, Zarif and Omani Foreign Minister Yusuf bin Alawi also announced the two had agreed to demarcate a previously undefined stretch of maritime border, in waters including some of the world’s busiest sea lanes.

On Yemen, Zarif said they discussed implementing a ceasefire, setting up talks between warring factions and how to get aid in, Iran’s Mehr news agency reported.

“Iran and Oman want peace, security and stability in the region and have shared interests in this regard,” Zarif was quoted as saying by Mehr.

Oman, which borders Yemen, is the only one of the six Gulf Arab states that make up the Gulf Co-operation Council (GCC) not to join Saudi Arabia’s military campaign against Yemen’s Houthis, the rebel movement Riyadh says is armed by Iran.

Tehran denies that and has criticised the Saudi-led coalition’s refusal to Iranian cargo ships and planes into Yemen to deliver what it says is only humanitarian aid.

Analysts say Oman, which has quietly brokered resolutions to several disputes in the region, would be careful in its dealings with Iran over Yemen.

“Oman would be extremely cautious not to compromise its neutrality: it should not be seen as having been influenced by Iran with regard to the Yemen conflict,” Ahmed al-Mukhaini, a former assistant secretary-general for Oman’s consultative Shura Council, said.

Last week, a Houthi delegation went to Oman to discuss the conflict with the government that has previously relayed messages between the Shi’ite Muslim group and Saudi Arabia.

Iranian and Omani news agencies reported that the countries had demarcated a 450 km (280 mile) section of their maritime border that had not previously been defined, in the first substantial progress on the issue since 1975 – before the 1979 overthrow of Iran’s shah and establishment of the Islamic Republic.

The reports did not disclose the exact location of the area defined but suggested that the border was now fully agreed.

“This agreement will strengthen economic relations between our two countries,” bin Alawi was quoted as saying by Mehr.

Iran has a territorial dispute with the United Arab Emirates, which claims three small islands controlled by Iran in the Gulf.

Hardline commentators in Iran have also occasionally laid a territorial claim to Bahrain, a Gulf Arab island Kingdom that is a member of the GCC and is closely allied to Saudi Arabia.