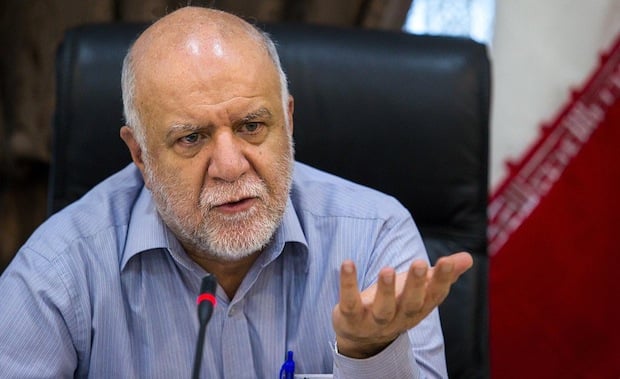 “As I have repeatedly said there is no replacement for Iranian oil in the market. Saudi Arabia and Russia’s output is near their highest level ever and they have no spare capacity to pump more to replace Iran’s oil,” he told SHANA.

In May, U.S. President Donald Trump pulled out of an international nuclear deal with Iran and announced sanctions against OPEC’s third-largest producer Iran.

Washington is pushing allies to cut imports of Iranian oil to zero and will reimpose sanctions on Iranian oil and financial sectors in November.

It is also encouraging other oil producers such as Saudi Arabia, other OPEC members and Russia, to pump more to meet any shortfall.

Iran’s regional rival, U.S.-ally Saudi Arabia says Riyadh has capacity to increase output to 12 million barrels per day (bpd) from the current 10.7 million bpd. OPEC agreed in June to boost supply to make up for the expected disruption to Iranian exports.

But Iran has repeatedly said that its oil exports cannot be reduced to zero because of high demand levels in the market. Under sanctions, Iran’s oil exports could fall by as much as two-thirds, straining oil markets.

“The market’s knowledge of this inability has raised the prices as the average price (of crude) … Rising oil prices have slowed down the economic growth of most of the consumer countries, which is affecting the global economy,” he said.

U.S. Treasury Secretary Steven Mnuchin, in an interview with Reuters on Sunday, dismissed concerns that oil prices could rise, saying the market had already factored in the losses.

Zanganeh advised Trump “to forgo imposition of sanctions on Iran’s oil exports”, saying that the non-OPEC producers of oil were also unable “to offset disruptions in the market”.

Iran has warned that if it cannot sell its oil due to U.S. pressure, then no other regional country will be allowed to do so either, threatening to block the Strait of Hormuz.

Under the 2015 nuclear deal, most international sanctions against Tehran were lifted in 2016 in exchange for Iran curbing its nuclear programme.