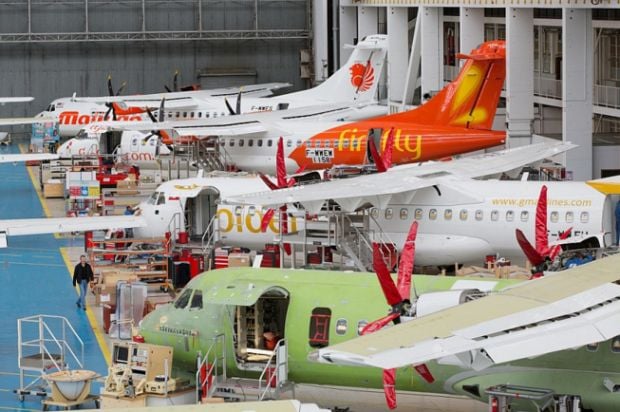 Iran Air has finalised a €1bn deal with French-Italian manufacturer ATR to purchase 20 turboprop planes, with options for 20 more.

The Iranian national airline’s managing director Farhad Parvaresh told the Tasnim News Agency yesterday that the contract for the planes was signed in Tehran.

The ATR 72-600s can accommodate 68 to 78 passengers and will be flown on short routes. According to the manufacturer, they operate successfully on small airfields, unpaved runways and mountainous regions and have a range of 900 nautical miles with a full passenger load.

Two-to-four of the planes will be delivered in 2016, according to Tasnim.

Talks for the purchase of the planes built, by the Airbus and Finmeccanica joint venture, were held during Iranian president Hassan Rouhani’s recent visit to Rome.

Pakistani plane with 99 people onboard crashes in Karachi