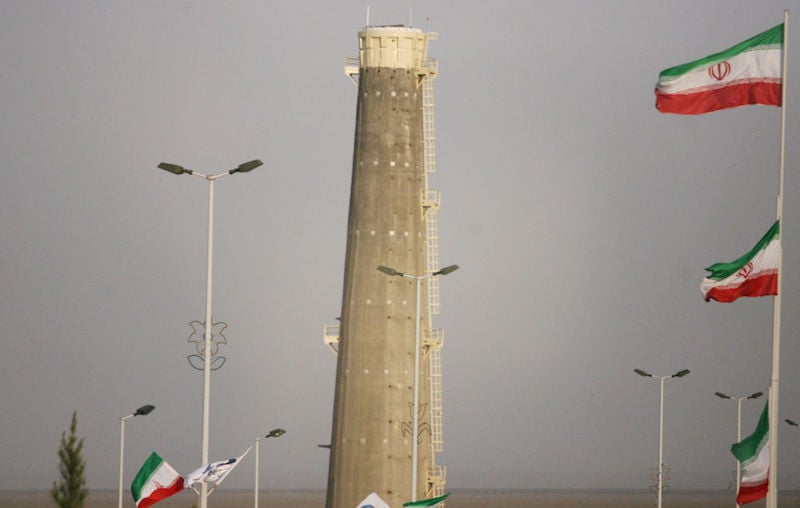 Iran said it has increased the number of advanced centrifuges it is running, as the country continues to back away from commitments under its nuclear deal with world powers in an effort to counter American sanctions.

The Islamic Republic has added a further 30 IR-6 centrifuges, which can enrich uranium 10 times faster than first generation machines, local media reported on Monday, citing nuclear chief Ali Akbar Salehi. Earlier steps in contravention of the 2015 accord enabled Iran to increase its production of enriched uranium ten-fold to 5 kilograms a day, he added.

Salehi spoke as authorities marked the 40th anniversary of the occupation of the US Embassy in Tehran, which catalysed decades of enmity between the two nations. Centrifuges are fast-spinning machines used to enrich uranium, and the latest statement by Iran is likely to provide ammunition for its foes in Washington and the Middle East that authorities are intent on rebuilding an atomic program capable of producing nuclear weapons.

Tehran wants European signatories to the accord to provide effective ways of bypassing the US penalties and delivering economic gains, especially a restoration of crucial oil exports. But the standoff over Iran’s nuclear programme has sparked a surge in tit-for-tat attacks on oil facilities, drones and shipping traffic that raised fears of a new military conflict in the Middle East.

While the developments outlined Monday will over time significantly boost Iran’s uranium enrichment capabilities, they aren’t as alarming as some of the “steps that the Europeans feared Iran would take,” said Ali Vaez, director of the Iran Project at the Brussels-based International Crisis Group.

Still, “Iran is running out of symbolic measures” and sooner or later is likely to “cross a red line that would make it nearly impossible for the Europeans to look the other way,” he said.

Iran has been scaling back its compliance to the terms of the beleaguered 2015 deal since May as it resists the “maximum pressure” offensive of US President Donald Trump, who unilaterally left the accord last year and reimposed sweeping economic sanctions including the total ban on oil sales.

With an economic crisis looming, Iran announced on May 8 it would gradually withdraw from the agreement unless the remaining parties find a way to ease its pain. It first stopped complying with a 300-kilogram cap on the storage of enriched uranium and heavy water imposed by the multilateral accord, and then broke the 3.67 per cent limit on uranium purity.

While officials have said the country will “set aside” restrictions on uranium enrichment, it has so far held off enriching to anywhere near 20 per cent, the level required for research reactors. Weapons-grade uranium needs to have an enrichment level of 90 per cent or higher.

Salehi also said Monday that the first concrete would be poured next week at two new nuclear plants being built with Russian assistance at Bushehr under an agreement signed in 2014.